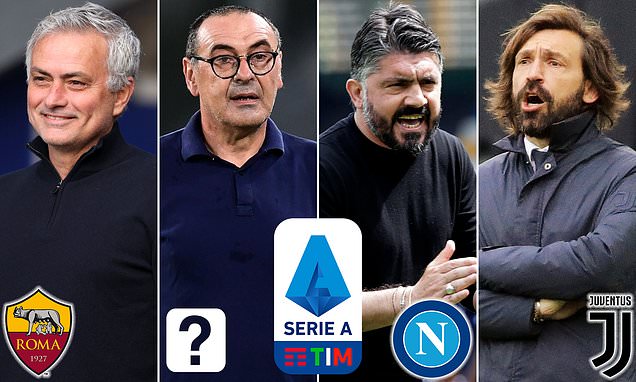 Mourinho’s managerial merry go round! Shock move to Roma could cause a domino effect in Serie A with Sarri waiting in the wings, Pirlo under pressure at Juventus, Gattuso heading for a Napoli exit, and more…

Two weeks after being axed by Tottenham, Jose Mourinho is back – and his return to Italy looks set to kickstart the beginning of managerial merry-go-round in Serie A.

Mourinho was announced as Roma’s new manager on Tuesday after the club confirmed current boss Paulo Fonseca would leave his role at the end of the season.

The Portuguese coach is no stranger to Italian football, having won a stunning treble with Inter Milan in 2010. However, his appointment came as a surprise as former Chelsea and Juventus boss Maurizio Sarri had been the overwhelming favourite to land the job. 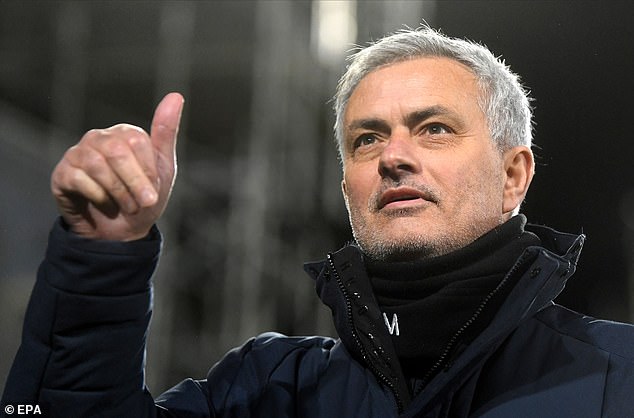 This leaves Sarri still waiting in the wings but more movement is expected before the start of next season.

Juve boss Andrea Pirlo is under pressure after they surrendered their Serie A title for the first time in 10 years and they are also at risk of missing out on the Champions League.

Failure to secure a place in the top four could spell the end for the 41-year-old.

Pirlo took the reins in Turin after Sarri was sacked last summer but his debut campaign has been disappointing.

The club crashed out of the Champions League with defeat by Porto in the last 16 and they are 13 points behind Inter, who were crowned champions last weekend.

Fans are restless and some believe it was too big a job for Pirlo to take on at the start of his managerial career.

He had only just been brought in as coach of the Under 23 side before he was elevated to the top job following Sarri’s swift departure. 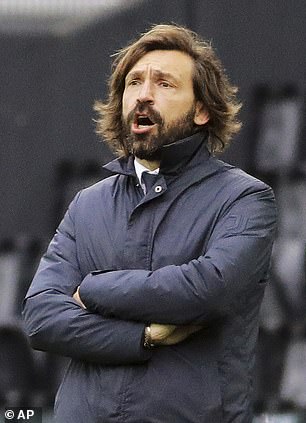 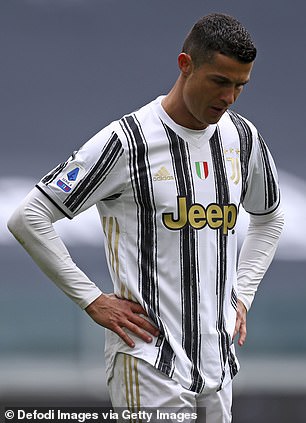 Andrea Pirlo is under pressure following a disapointing debut season as Juventus manager; the club’s nine-year reign as Serie A champions was ended by Inter Milan and they are facing a battle to qualify for the Champions League, which will not keep Ronaldo (right) happy

Former Juve boss Massimiliano Allegri has been heavily linked with a return to the club and is seen by many as the man to lead the fightback against Antonio Conte’s Inter.

Allegri won the Scudetto five times between 2014 and 2019 as well as four Coppa Italias and two Supercoppa Italiana trophies.

He has been out of work since leaving Juve but has not ruled out a return to the club.

Real Madrid boss Zinedine Zidane is another candidate who could take Pirlo’s place at the Allianz Stadium.

Zidane won two Serie A titles during his five-year playing spell with the club and appeared to open the door to a possible return last month.

Asked whether coaching in Italy appeals to him, Zidane responded: ‘Italy is always in my heart.

‘Juve has always been important to me. I don’t know. For now I’m here. Let’s see.’

Pirlo is not the only former player-turned-manager who could be on the move this summer. 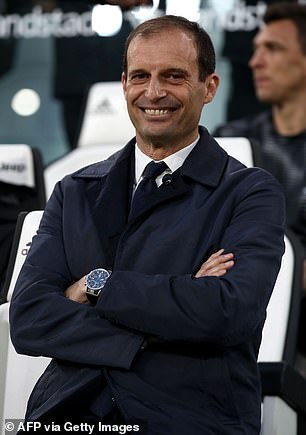 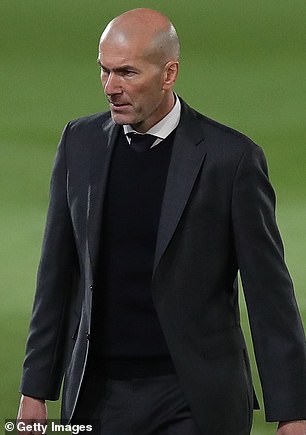 Over in Naples, Gennaro Gattuso is expected to depart at the end of the season.

The Napoli boss was reportedly close to being sacked in January following a 3-1 defeat by Hellas Verona.

Rafa Benitez was thought to be in the frame for the job but Gattuso received the backing of the board.

The club’s results have improved since the start of the year and they have given themselves a chance of qualifying for the Champions League.

They are currently fifth, two points behind AC Milan and Juve with four games to play. However, even qualification for the top four may not be enough to keep Gattuso at the club.

He has had a difficult relationship with president Aurelio De Laurentiis and was unhappy with his criticism of performances earlier in the season.

With Gattuso expected to leave, the door would be open for a possible return for ex-boss Sarri.

He was also said to have had fall-outs with De Laurentiis but they have reportedly resolved their differences.

Sarri guided Napoli to two second-place finishes, with many of the players he worked with still playing for the club. 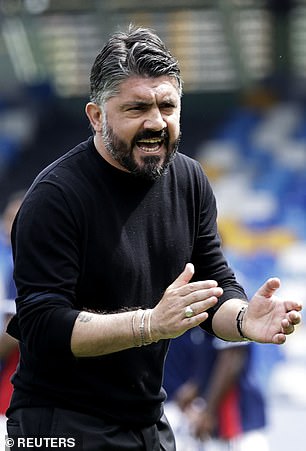 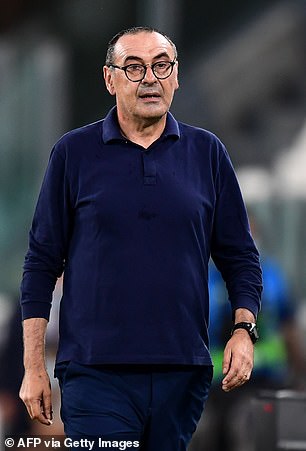 Napoli manager Gennaro Gattuso is expected to leave the club at the end of the season, and Maurizio Sarri is waiting in the wings for his next job after missing out on the Roma role

Napoli are battling it out with Juve and Milan for fourth spot and whoever misses out faces the axe this summer, including Milan boss Stefano Pioli.

The club started the season strongly and were unbeaten in the league until January.

But a downturn in form has seen them go from competing for the title to fighting for a place in the top four.

According to Calciomercato, Pioli will have to qualify for the Champions League to keep his job, after the club decided to stick with him following a positive end to last season.

Sarri was reportedly a contender for the Milan role when he left Chelsea in 2019 but the Italian ended up with Juve.

Fiorentina are reportedly considering Juric after Cesare Prandelli resigned in March. Giuseppe Iachini was hired to take charge for the rest of the season with the club struggling in 15th, but they are on the hunt for a permanent boss.

Sarri and Gattuso are thought to have already rejected the chance to take over. 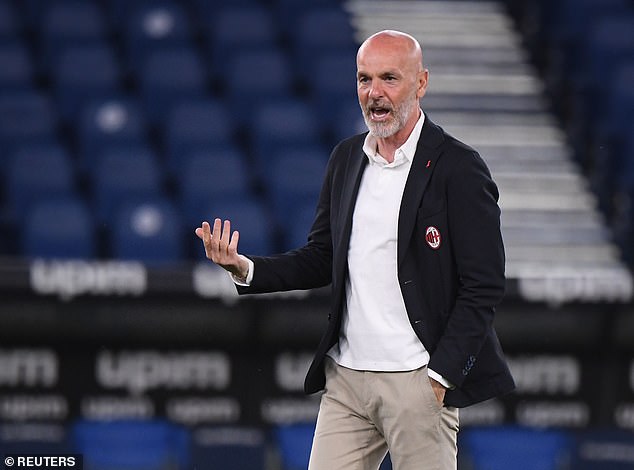 Mourinho’s arrival merely appears to be the start of a huge reshuffle amongst Serie A clubs.

His appointment signals the ambition of Roma and their desire to move back up the table.

They are currently seventh and set to miss out on a place in Europe. They were also thrashed 6-2 in the first leg of their Europa League semi-final with Manchester United, and 8-5 on aggregate.

With Roma looking to be a force under Mourinho again, the likes of Juve, Napoli and Milan will be desperate to ensure they have the right man at the helm to see off their threat.