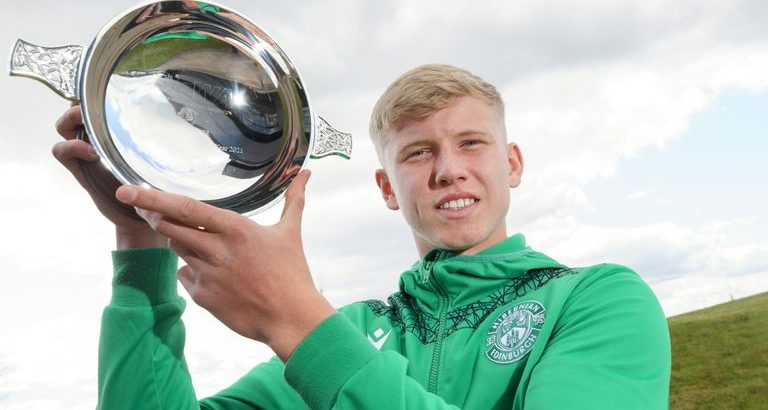 Hibernian left-back Josh Doig has been crowned the Scottish Football Writers’ Association Young Player of the Year for the 2020/21 season.

Doig has been rewarded for his hugely impressive breakthrough season, which has seen him establish himself as Hibs’ first-choice left-back and help the club to third in the Scottish Premiership, as well as a place in the Scottish Cup final.

The 18-year-old beat Aberdeen’s Lewis Ferguson and Celtic’s David Turnbull – both previous winners – to the award, as well as Rangers’ Nathan Patterson.

After receiving his award, Doig told Hibernian’s website: “I’m ecstatic about it. It’s the first award I’ve ever won but it’s brilliant, such a shock.” 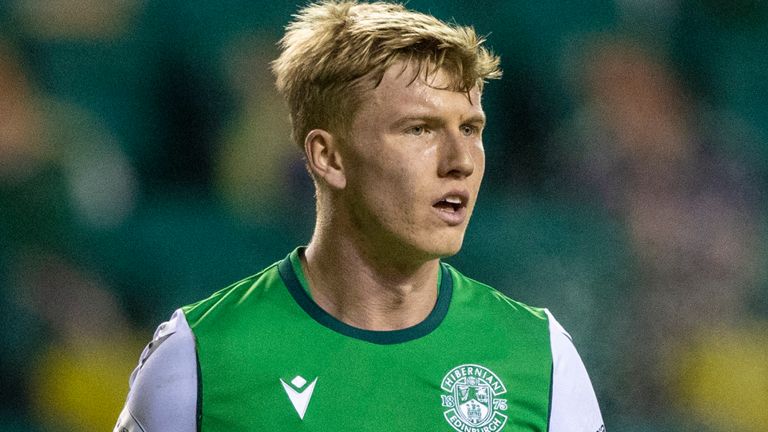 Sky Sports News reported in January that the Edinburgh-born defender was being tracked by Celtic, Chelsea and Arsenal, but he insists he is happy for the time being at Hibs, saying: “As long as I’m playing football – whether it’s here, Barcelona or Queen’s Park – that’s all I want.

“I absolutely adore being at Hibs. In my first season, how I’ve been treated by the players and staff, it’s like nowhere else I’ve experienced in my life. It’s so good here.

“I want to keep working hard and give everything I’ve got to the club. I’m happy and that’s all that matters.

“I know Hibs can provide a great pathway to go to higher places – just look at the likes of John McGinn – but this is still a massive club in itself. I don’t think there’s a better place to develop as a young player.”

Doig made his senior debut in February 2020 while on loan at Scottish League Two side Queen’s Park, helping them to a 1-0 win over Cowdenbeath.

He returned to Hibs this season and quickly became a fixture in Jack Ross’ team, with his performances earning him a new four-year contract earlier this year.

Doig’s award comes three years after Kieran Tierney won the last of his three successive SFWA Young Player of the Year titles, and the Hibs youngster makes no secret of his admiration for his fellow left-back.

“Growing up, Tierney was one player I looked up to,” Doig said. “I always liked to watch him in games. He was so young but always had this heart and desire. That aggression he had about him was inspiring to me.

“I always remember my dad saying to me, ‘keep an eye on him’. You could tell he was going to go far in the game.

“I know when he was younger, he was told he wasn’t big enough. I was the same. I was so skinny and was released by Hearts.

“But Kieran used those setbacks to drive him forward in his career. He’s someone that any young left-back in Scotland should be idolising.”

Doig’s success means Hibs players have won the SFWA Young Player of the Year award five times – more than any other club.

He follows in the footsteps of Derek Riordan in 2005, Scott Brown in 2007 and Steven Fletcher in 2008 and 2009 by claiming the trophy while playing at Easter Road.

Doig could yet crown his impressive season by helping Hibs to victory in the Scottish Cup final at Hampden Park on May 22, where they will face either St Mirren or St Johnstone.