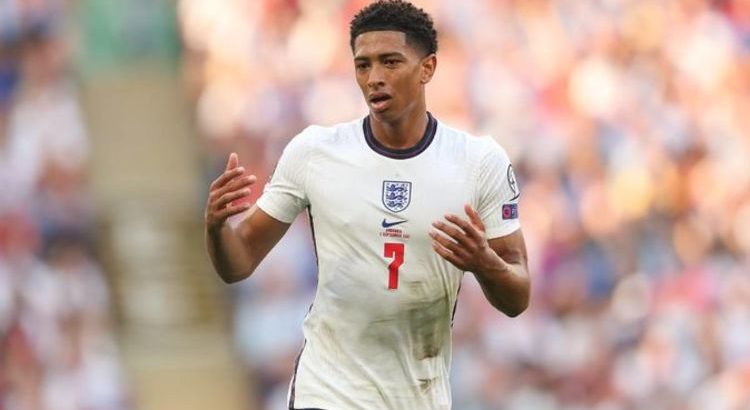 Jude Bellingham looked comfortable in midfield as England cruised to a 4-0 victory over Andorra at Wembley in their World Cup qualifier, and Roy Keane continues to be full of praise fot the youngster.

Jude Bellingham looked ‘mature’ as he starred in midfield for England during a comfortable 4-0 victory over Andorra in their World Cup qualifier at Wembley.

The 18-year-old won back possession in the build up to England’s opening goal, as Jesse Lingard found the bottom right corner to put the Three Lions ahead going into the break.

England’s second came after 70 minutes as Mason Mount and Jack Grealish combined before winning a penalty, and Harry Kane converted from the spot before Lingard bagged himself a brace, poking his effort the far-right corner.

There was time for Bukayo Saka to add a fourth as quick thinking from Trent Alexander-Arnold slipped gave Lingard time and space, and his drilled effort was met by the head of Saka, who nodded his effort home.

Roy Keane has been full of praise for Bellingham, and is confident that the Borussia Dortmund star will “only get better” over the next few years.

Bellingham became the most expensive 17-year-old in history when Dortmund paid Birmingham City £25million for his services, and the midfielder has followed Jadon Sancho in becoming a star since leaving England.

Sancho has now made a return to England as he joined Manchester United for £73m, and Keane has tipped Bellingham to achieve similar success to United’s new signing, commenting on the youngster’s huge potential.

Speaking during ITV’s coverage of England’s victory over Andorra, Keane said: “He’s been very busy, making great runs. He’s running on top of players, you’ve got to bide your time but he’s played his way into the game. He’s certainly a confident lad and everything about him looks like a good footballer.

“Huge potential, his stats already, 18, played in the Champions League last year, played for his country. Surely one to watch, it’ll be comfortable for him today nice to see his decision making today, his end product but one for the future.”

The former United captain commented on England’s opening goal, where Bellingham played a key part, and said: “He [Bellingham] won back possession, Andorra poor in possession. When England win it back, quick feet, [Bukayo] Saka nice cross, poor defending, he [Jesse Lingard] adapts not a great strike but it’s on target. But lovely feet by Bellingham and he’s shown great maturity.”

England’s midfield duo during their heroic Euro 2020 campaign was Declan Rice and Kalvin Phillips, and Keane was asked if Bellingham could offer a differential in Gareth Southgate’s midfield: “Yeah possibly so, we have to be careful we don’t label him as a certain type of player.

“He should be able to do everything and from what I’ve seen of him so far he has all that, he has quality. We know over the next few years if he’s ready to step up to the next level, playing week in week out for Dortmund, it’s natural he’ll only get better.”

Manchester United attempted to sign Bellingham before the Englishman chose Dortmund due to their ability to develop young players, as he said before England’s group game against Scotland this summer: “To be fair, it was a decision that was quite easy in the end. I think if you look at Dortmund’s track record with young players and the way they develop them, it was the obvious answer.”

However, the youngster may have been tempted at the time, as he said: “Obviously at the time it’s hard to see it like that.”

Sancho was Bellingham’s teammate until he joined United this summer, and the 18-year-old may follow his international teammate in the future if he steps up to the next level as Keane suggested.

For now his focus is on improving with Dortmund, but Bellingham would be a welcome addition to the Premier League.