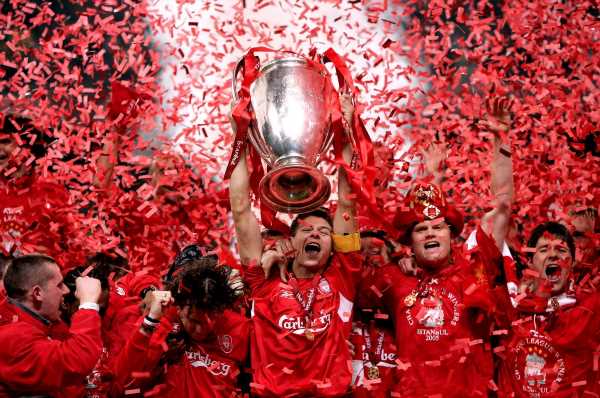 Liverpool manager Jurgen Klopp admits he almost switched off at half-time of the club’s famous Champions League final comeback against AC Milan in 2005.

The German is grateful he chose to stick with the game with the Reds 3-0 down after 45 minutes as he was able to witness “one of the biggest football sensations ever”.

While Wednesday’s visit of the Italian club – their first to Anfield – is not of the same stature it kicks off a Champions League group which also contains Atletico Madrid, who knocked out Liverpool two seasons ago, and Porto.

It is only the third meeting of the two sides, the only previous times being finals two years apart, so it does feel like a special occasion, particularly with fans back inside the ground, and stirs up memories of that fateful encounter 16 years ago.

“At that time I was neither an AC Milan or Liverpool supporter watching the Champions League final and after 3-0, with all the things said before about Milan being the favourites, it looked like the game was decided,” said Klopp.

“I was thinking about not watching the second half because everyone in the world apart from the few people in the Liverpool dressing room thought this game might be decided.

“And then it became one of the biggest football sensations ever and I was really happy that I didn’t switch the telly off and I watched the whole game.”

The quality of opposition Liverpool face over the next three months has added some much-needed lustre to the Champions League group stages, which are often something of a procession.

Numerous uncompetitive or uninteresting matches convinced Uefa there needed to be significant change to the format but Klopp disagrees.

“This is the strongest group we’ve had since I’ve been at Liverpool. In 2013 when I was at Dortmund, I had the Champions League group of Man City, Real Madrid and Ajax – all champions and us, a proper group,” he added.

“It keeps out two really good teams from the knockout stages and will deliver one really strong team to the Europa League. I never understand when people talk about changes in the Champions League, it is just not my thing. I like it how it is.

“This group shows there are no games where people think ‘Do we really want to watch that?’. The group will be exciting from the first to the last second. I can’t see any kind of early decisions made in this group and that keeps us on our toes.

“It is exactly what we wanted and now we are here and we play Milan here, we play then Atletico and then Porto.

“Unbelievable stadiums and crowds with passionate fan bases, exactly how you want football. That’s what we want and now we have to deal with it.”

Liverpool will be missing forward Roberto Firmino, with a hamstring injury, and midfielder Harvey Elliott, who has undergone surgery on the ankle dislocation he sustained in Sunday’s 3-0 win at Leeds.