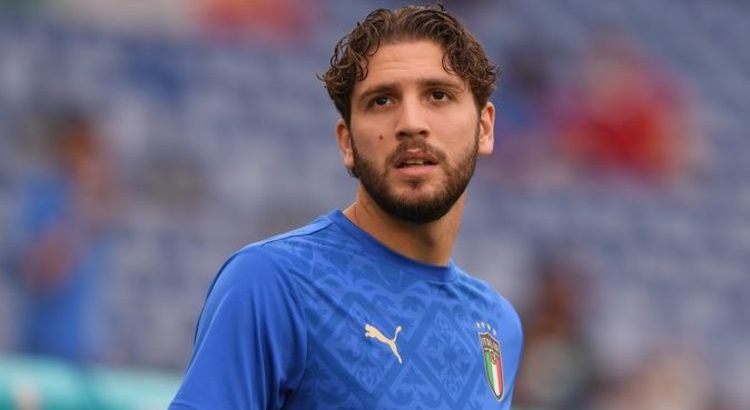 Arsenal are among the clubs interested in midfielder Manuel Locatelli, who was part of the Italy squad which won Euro 2020. Locatelli is widely expected to leave current club Sassuolo this summer and both the Gunners and Juventus are eyeing a swoop.

Earlier this month, Sassuolo’s sporting director Giovanni Carnevali told Sky in Italy that talks were ongoing with both clubs, but Arsenal had “tabled the only concrete offer we have received so far.”

“Juventus are the only Italian club we talked to about Locatelli,” Carnevali said.

“There is interest from their side, we haven’t explored all the terms and evaluations, but we have an excellent relationship with Juventus so we will continue these talks.

“It’s true that other clubs from abroad are interested, Arsenal are one of these and they are ahead of everyone else because they tabled the only concrete offer we have received so far.”

Locatelli, meanwhile, has remained tight-lipped about his future following Italy’s triumph at the Euros.

“I haven’t really thought about my next club so far, I was focused on the national team,” he told Sky Italia after the final.

“From tomorrow [Monday] we will see what happens.”

“I support Juventus? Right now we are here for the national team, so I support Italy.”

Juventus are thought to be the frontrunners, with the Serie A side able to offer Locatelli Champions League football.

As a result of the interest in Locatelli, Sassuolo have been looking at potential replacements and Gianluca Di Marzio is reporting that Liverpool’s Marko Grujic is being considered.

Grujic is also expected to be on the move this summer, with Liverpool keen to cash in on the 25-year-old.

In a recent interview with sportske.net, Grujic hinted at a move away, saying: “I will soon join Liverpool’s preparations, to do that basic part, so we’ll see the next step.

“We’ll see which club I’m going to play for, I don’t know at the moment.”

The midfielder has also been linked with a permanent switch to Porto, where he spent last season on loan.

According to the Liverpool Echo, the Reds want around £20m for Grujic.