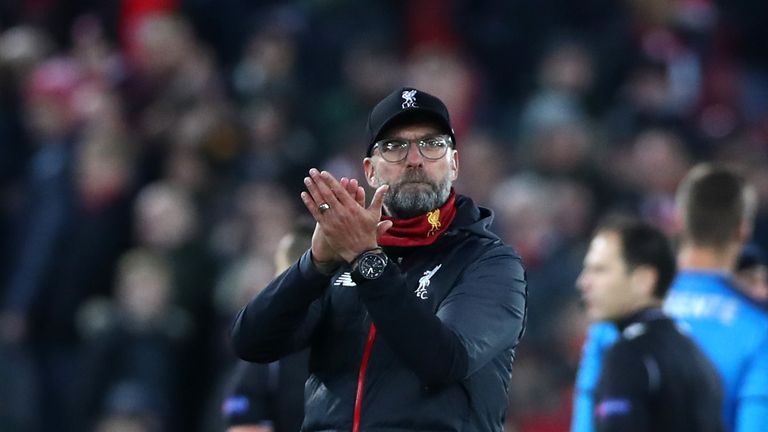 Jurgen Klopp hailed the depth of quality he has in his Liverpool squad as his fringe players starred in the 5-2 win over Everton.

Klopp seemingly took a huge risk by making five changes, including leaving Mohamed Salah and Roberto Firmino on the bench in what is seen as one of the club’s most important games of the season.

However, Liverpool’s fringe players came to the fore and took their opportunity with both hands against a woeful Everton side that are on the brink of sacking their boss Marco Silva.

Divock Origi scored twice, Xherdan Shaqiri capped a fine performance with a goal while Adam Lallana impressed with a busy showing in midfield.

“There were a lot of great football moments in that game,” Klopp said.

“We made five changes. I speak a lot about the quality in the squad, so I have to show it from time to time.

A Villa vs Liverpool

“You give the responsibility to the boys and they have to show that they can perform and what they’re made of, which is incredible.

“Divock’s goal, Sadio’s passes, Shaq’s everything, Adam Lallana everywhere and he had so many really really good moments. Just so many good football moments. But, of course, from time to time a bit rusty in defending because they were really direct.