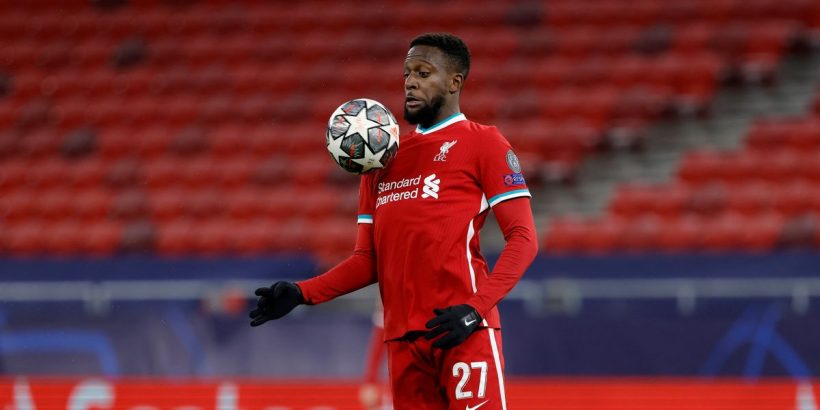 Liverpool forward Divock Origi is reportedly set to leave Anfield in the summer, with Inter Milan linked with a move for the 25-year-old.

Origi has struggled for game time this season, with the addition of Diogo Jota from Wolves meaning the Belgian international has fallen down the pecking order.

He has made just two Premier League starts and, according to Italian outlet Calciomercato.com, Reds boss Jurgen Klopp has 'lost confidence' in Origi.

The report claims that the forward is expected to leave Liverpool at the end of the season and Inter are considering a move.

The Serie A side are looking to bring in a new striker and Origi is said to have been offered to them.

Belgium boss Roberto Martinez has warned Origi that his lack of minutes for Liverpool could see him miss out on their squad for the Euros.

Origi was omitted from Belgium's squad for their upcoming World Cup qualifiers, with Romelu Lukaku, Christian Benteke and Michy Batshuayi picked ahead of him.

Speaking to FCInterNews in January, Martinez said: "He is a great talent. From a very young age he achieved a high level of performance.

"In 2014 he started the World Cup in Brazil; seven years have already passed.

"He remains a young athlete, who despite having scored historic goals in the Champions League and Premier League with Liverpool in the last three seasons, did not have the time expected, at least here with Belgium.

"He is an athlete who is not afraid, nothing is too big for him.

"That is why he has had that success I was talking about before. What is certain though is that he would need to play more, and have a more central role."