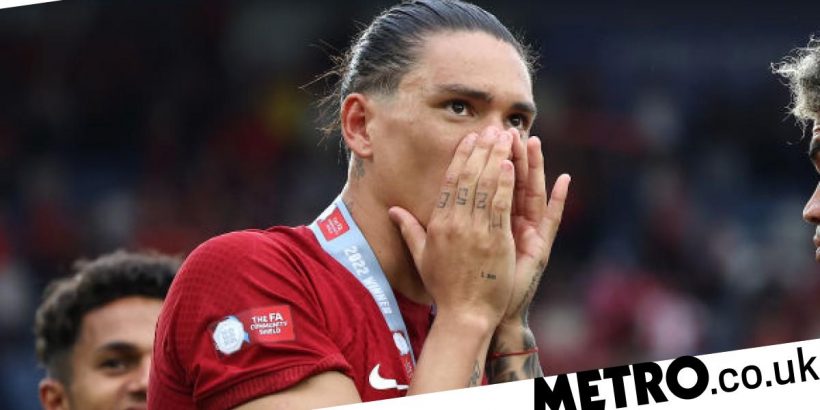 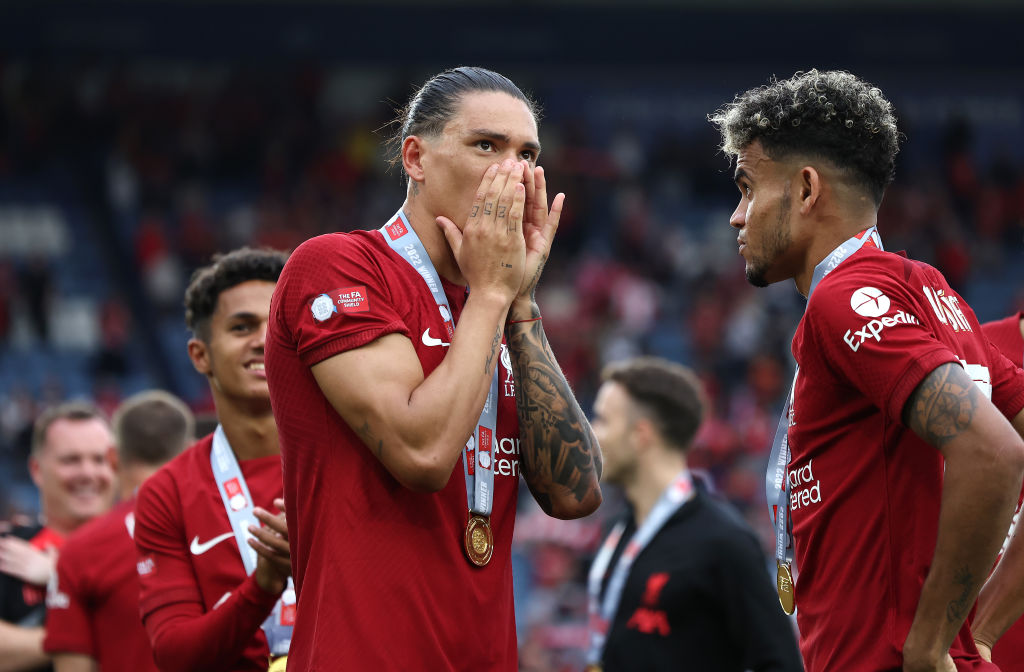 Liverpool boss Jurgen Klopp has hinted that new striker Darwin Nunez may be on the bench for their Premier League opener at Fulham on Saturday.

Nunez arrived at Anfield this summer from Benfica for £85m and scored in Liverpool’s Community Shield win over Manchester City on Saturday.

He was a substitute in that match, replacing Roberto Firmino after 59 minutes, but many had been expecting him to start at Craven Cottage after his debut goal.

Nunez had a shaky start to life at Anfield after a compilation video of the Uruguay international went viral on social media, featuring heavy touches, wayward passing and poor shooting.

Klopp faced the media on Friday ahead of the new season and suggested that the 23-year-old will once again be placed on the bench.

‘Darwin is ready but that doesn’t mean he has to start,’ Klopp said. ‘I don’t know about that. We still have different options.

‘He needs time to get used to a lot of things. He is already a real help. It went really quick. It was a proper pre-season training session for him, the first game.

‘He said himself he was nervous at the beginning. From my point of view I sympathise with that a lot, it’s completely normal. You could see that, but he has settled pretty quickly.

‘He’s had an impact, but the work will not stop here. He’s in the best possible place.’

Trent Alexander-Arnold believes Nunez’s first competitive performance ‘has got to be up there’ in the pantheon of great Liverpool debuts, while Virgil van Dijk has offered him some words of wisdom as the new season gets up and running.

When quizzed on what Nunez can learn from Firmino, Klopp added: ‘They are different players. They like each other, they talk a lot.

‘They are both from South America, both offensive players but different positions. Bobby is an exceptional player. His own way of playing football.

Meanwhile, Klopp has provided the latest injury updates on a number of his players ahead of Liverpool’s clash against Fulham.