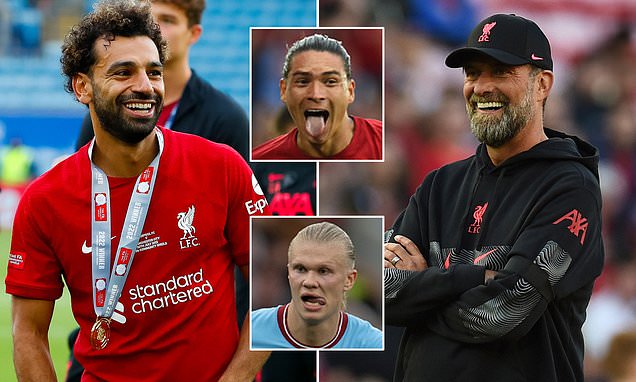 Jurgen Klopp is adamant Mohamed Salah will not be affected by the arrivals of Erling Haaland and Darwin Nunez in his hunt for the Premier League Golden Boot.

The Liverpool boss praised his talismanic forward’s commitment to the club, and added that he believed Salah could register an incredible ’34 or 35′ goals this season.

Salah has dominated the goal-scoring charts in recent years, and with the arrivals of  Nunez and Haaland, he could now be part of a five-horse race including Tottenham’s Harry Kane and Son Heung-Min, with whom he shared last season’s award. 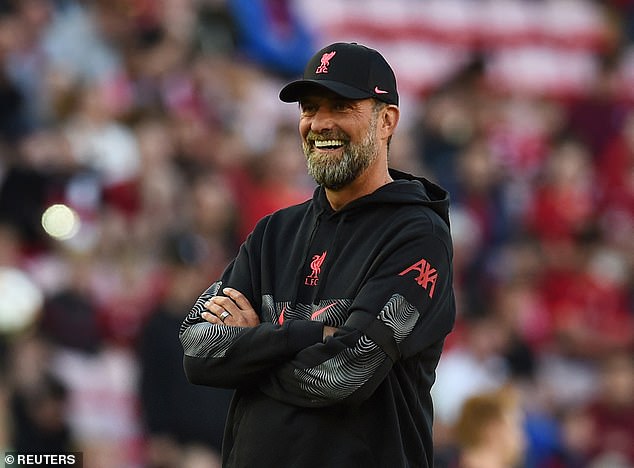 Klopp said: ‘I don’t think he thinks too often about other players or how often they score. He might do it in May when he has hopefully 34 or 35 and the other two have 32. Before then I can’t see that.

‘New strikers are coming. In Germany when Robert Lewandowski left, [the questions were]: ‘Who will be the new goalscorer?’ That is what they discussed.

‘I don’t know, people are motivated by different things, I think Mo’s biggest motivation is to win football games and to score, that is definitely the case.’

The German manager was equally effusive in his praise of Salah’s commitment to Liverpool, after the 30-year-old had been linked with a move away from Anfield.

Salah was due to enter the final year of his deal this year and could have potentially walked away from Anfield on a free deal, before putting pen to paper over a new long-term deal keeping him at the club until at least 2025.

But Klopp believes that any contract uncertainty would not have impacted Salah’s performances, and would only have been of a concern to the media.

He said: ‘Mo would have been the same person, I am 100 per cent sure he could have pushed that aside, but you would not stop asking and that is the problem we constantly face.

‘It helps much better to know exactly as much as possible about the season after rather than one year, but in the year itself it is not that relevant.

‘I have worked with players in that and not seen it one day and I, as a player, would have been more influenced by this fact that I don’t know where I am next year than these players were.

‘It was Gini [Georginio Wijnaldum], Emre Can, it was Lewandowski at Borussia Dortmund, these boys are real professionals, but we live in a world where everything is important and you have questions all the time.’ 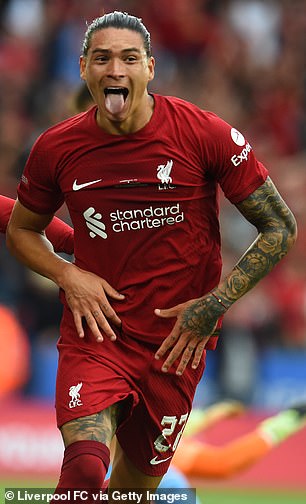 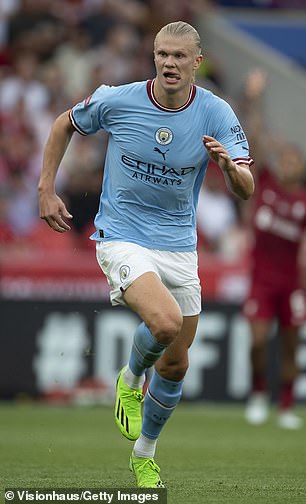 Nunez has already impressed Liverpool fans with his display in the Community Shield, a game in which Haaland struggled to get on the scoresheet