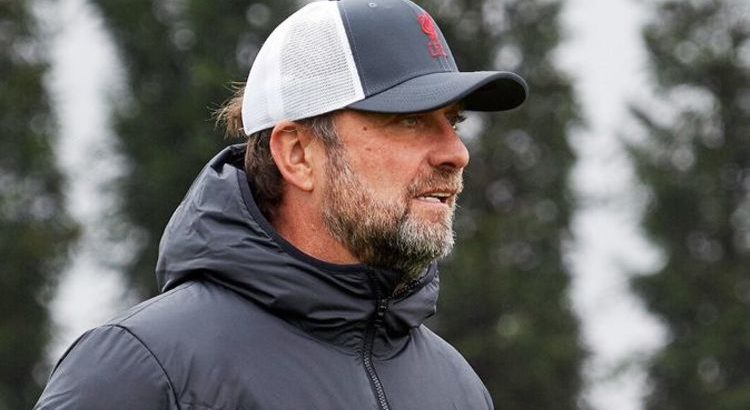 Liverpool boss Jurgen Klopp has refused to confirm whether all of his side’s international players will be available for Saturday’s trip to Watford. The Reds will go to Vicarage Road in search of a return to winning ways in the Premier League after two back-to-back draws with Brentford and Manchester City before the international break.

Liverpool currently occupy second place in the table, one point behind Chelsea in top spot, and will be looking to return to the summit with three points at Watford.

Klopp will be without at least one of his star players on Saturday, with Thiago Alcantara still recovering from the calf injury sustained during the win over Crystal Palace last month.

It also seems as though Alisson Becker and Fabinho are likely to miss out, with the pair set to be in action for Brazil during the early hours of Friday morning.

However, Trent Alexander-Arnold and Diogo Jota are both expected to be fit and ready for selection.

The former missed Liverpool’s games against Porto and City with a muscular issue, but could be primed to feature in some capacity against Watford.

Meanwhile, Jota did not play for Portugal in any of their fixtures over the past week but is poised to return from the treatment table ahead of Saturday’s match.

The Liverpool duo are set to train with their team-mates in the coming days and Klopp is optimistic that they will both play a part against Claudio Ranieri’s side.

However, the 54-year-old also exercised caution when quizzed on Liverpool’s international stars, with some players yet to return to base.

“They [Alexander-Arnold and Jota] are all good, they are all in a good way, let me say it like this,” Klopp told the club’s official website.

“So it looks really like Trent and Diogo will be fine, they will train with us tomorrow completely normal, that’s the plan.

“Thiago needs probably a little bit longer, [he] was not in team training yet, that’s always not a good sign for starting the next game.

“And the rest [of the] international [players], some are back, obviously some are not back yet. And we will see.”

It remains to be seen whether Liverpool can seal a much-needed win against Watford when the two sides lock horns on Saturday afternoon.

The hosts will be managed by Ranieri for the first time since the former Leicester City boss was appointed to replace Xisco Munoz earlier this month.

He declared in Tuesday’s press conference that he is determined to keep Watford in the Premier League this season after a mixed start to proceedings under the previous manager.

“I feel good, fortunately, I feel good,” Ranieri told reporters. “When I think about football, life is good. Football is my life.

“I am very happy to play in one of the best leagues in the world. I am an ambitious man and I hope to bring Watford to be safe at the end of the season and to improve.

“We have to be safe. The programme is very ambitious and then I hope it will be a fantastic end for Watford and our fans.”