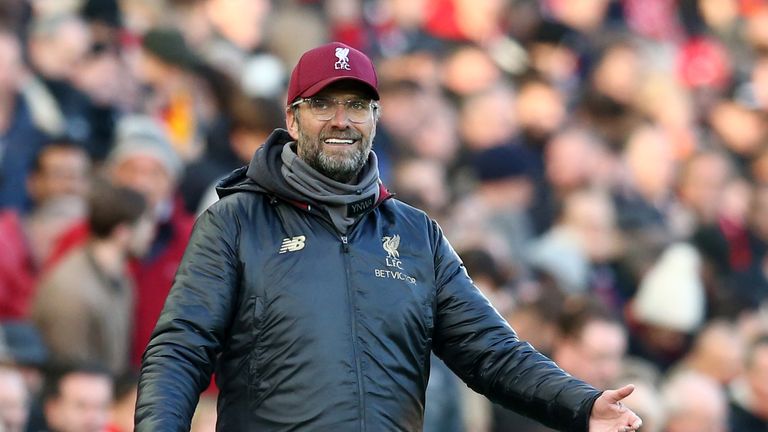 Liverpool will need to produce a perfect performance if they are to beat Arsenal on Saturday, says boss Jurgen Klopp.

Klopp takes his side to the Emirates to face an Arsenal side who have won 11 of their last 12 matches and sit two spots behind the Reds in fourth place in the Premier League table.

The German has yet to lose a game against Arsenal as Liverpool manager, having taken 11 points out of a possible 15.

But Klopp has warned Liverpool will need to be at their best against Arsenal if they are to continue their fine start to the Premier League season.

“They score a lot of goals and they are really good offensively so it is up to us. We have to see how this game will develop as they are two very offensively orientated teams,” Klopp said.

“We have to make sure that they don’t score but it will be a big challenge because they have all the different tools to do so. They are creative, have rhythm they demand the ball in midfield, they win balls high up the pitch. They have the speed to punish pretty much every little mistake you make.

“That’s the situation and I have said it a few times before games against teams like City, Tottenham, Chelsea and Arsenal. It’s nice to prepare them [the players], it’s difficult but it’s nice because you need the full package to cause them problems.”