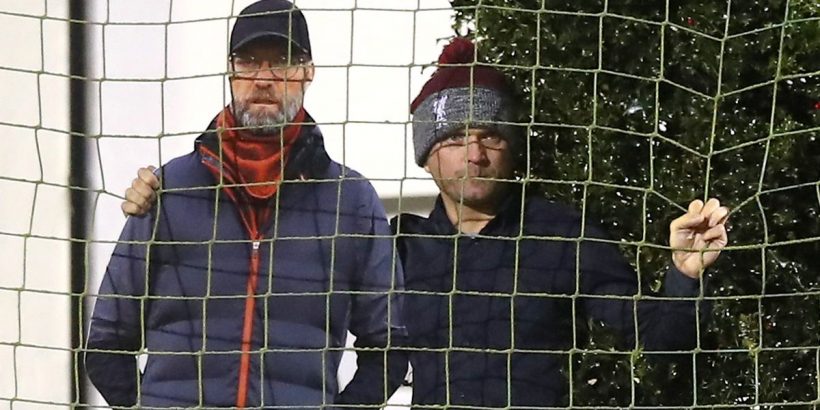 Jurgen Klopp could be spotted watching Tottenham take on Marine on Sunday.

Jose Mourinho’s side traveled to Merseyside to take on the minnows in the third round of the FA Cup, and they raced into a 4-0 half-time lead thanks to a Carlos Vinicius treble.

In what provided some comedy value during that period, one of the locals had brought along a full-size cardboard cutout of Liverpool’s German boss which was positioned in a back garden.

The figure got a large response on social media, especially considering that the reigning Premier League champions sent video footage of Spurs to help out the locals.

One viewer said: “That’s hilarious, for a second I thought it was really him!”

Another added: “I bet this is the best moment in the whole game!”

A third joked: “So it isn't the Real Jurgen Klopp?”

With a fourth saying: “Is that Jurgen Klopp at the Spurs game on a spying mission?”

Mourinho would have been delighted with the professional performance of his team in the first-half, with Lucas Moura also finding the back of a net.

Alan Shearer said at the break on BBC One: ”Marine did really well and frustrated Tottenham and kept things tight and compact.

“We said earlier about Spurs' attitude and it's been spot on and they've moved the ball with pace which I think is key.”

With Dion Dublin saying after youngster Alfie Devine made it five: “Did you see his little face?

“As soon as it went in at the near post he was absolutely delighted.