Tonight marks Cristiano Ronaldo’s much anticipated return to Old Trafford, when Juventus clash with Manchester United in the Champions League.

In celebration, fans are snapping up a new scarf design, half in the red of Manchester United, half in the black and white of Juventus.

Complete with the caption ‘The Legend Returns’ and pictures of Ronaldo’s face, the scarves seem to be a popular purchase outside the ground this evening. 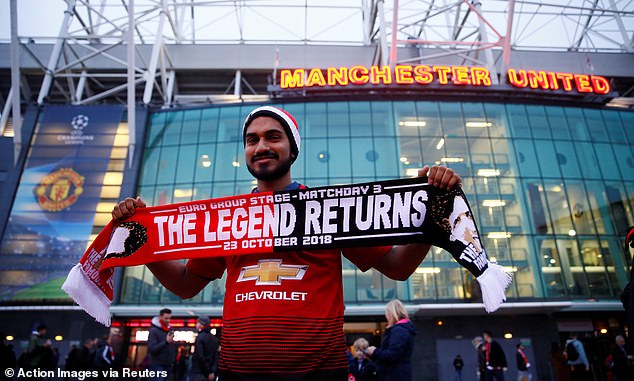 ‘The Legend Returns’: Cristiano Ronaldo is returning to play against his former team tonight 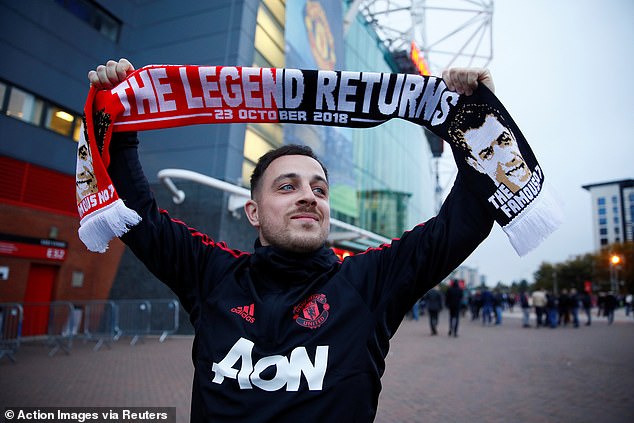 Ronaldo, now playing for Juventus, played for Manchester United between 2003 and 2009

Ronaldo played for Manchester United between 2003 and 2009 before moving to Real Madrid. Now, the 33 year old is returning as Juventus’ marquee signing.

At a press conference last night, Ronaldo said ‘it’s a huge emotional thing for me to come back [to Old Trafford]… I know all about the history.

‘I won trophies here – cups, leagues, Champions League. I remember the support as well. The support is fantastic.’ 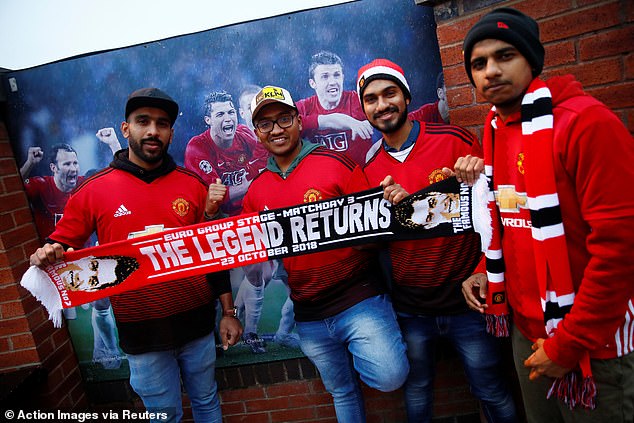 Many fans have been giving Ronaldo a hero’s welcome in Manchester, despite the rape allegations hanging over his head.

It also has a picture of Ronaldo’s face at either end, with the caption ‘The Famous No. 7.’

Today, Ronaldo has been reacquainting himself with Old Trafford before the match this evening. He has said that he won’t celebrate if he scores against his former club.