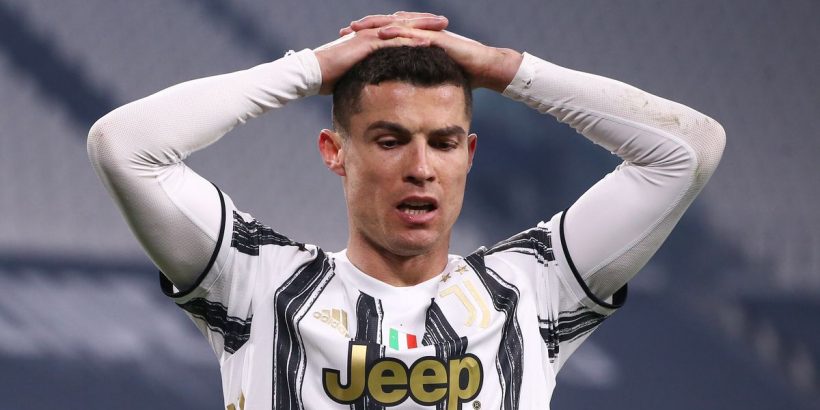 Only one week after seeing their nine-year reign as Italian champions end, Juventus have been told they could be expelled from Serie A altogether if they don’t withdraw from the European Super League.

The Bianconeri are one of only a few clubs from the original 12 still holding out for the breakaway competition, alongside Spanish giants Real Madrid and Barcelona.

Inter Milan — the newly crowned champions of Serie A — and AC Milan were also signed up to join the European Super League, but both have since stepped back from those plans.

Sky Sports translated comments Gabriel Gravina, president of the Italian football federation (FIGC), gave to Neapolitan radio station Kiss Kiss, declaring a ban is possible unless Juventus stand down: “The rules are clear. If Juventus is still part of the Super League when it enters next season, it can't participate in Serie A.

“I would be sorry for the fans but rules are rules and they apply to everyone. I hope this holdout ends soon.”

Bianconeri chairman Andrea Agnelli was purportedly a major protagonist in promoting the Super League plans, which would have created a new contest alongside Europe’s other elite powers.

Juventus, Real and Barcelona issued a joint-statement on Saturday expressing regret that the other nine teams — including the Premier League’s ‘Big Six’ — had recommitted to UEFA, per Sky Sports.

That trio confirmed their intentions to persevere with the breakaway plans “given that the material issues that led the 12 founding clubs to announce the Super League weeks ago have not gone away.”

Efforts to form the European Super League proved short-lived following a sour response from fans, fellow clubs and the football world in general.

Gravina’s comments would appear to limit options for the only Italian club in defiance against UEFA. Those teams still holding out may hope that other clubs might take the places of those nine who reversed their decisions, though that seems unlikely following the public outcry against the ESL.

Juventus have appeared in every edition of the Champions League since the 2012/13 season, but their refusal to budge from the breakaway efforts could see that streak end.

Super League plans were announced in the midst of Juve’s worst season for a decade. Not only did manager Andrea Pirlo fall short in his efforts to bring the club a 10th straight scudetto, but the Turin club is at risk of finishing outside Serie A’s top four for only the fifth time this century.

The Bianconeri fell to fifth in the Italian top flight following a 3-0 defeat at home to AC Milan on Sunday, with only three games left to rescue Champions League qualification.

Failure to play in Europe’s premier tournament could have far-reaching implications, and Cristiano Ronaldo could reportedly return to Manchester United if they fall short.

Juventus last failed to feature in Serie A 2006/07 after the club was relegated for its role in the Calciopoli match-fixing scandal.