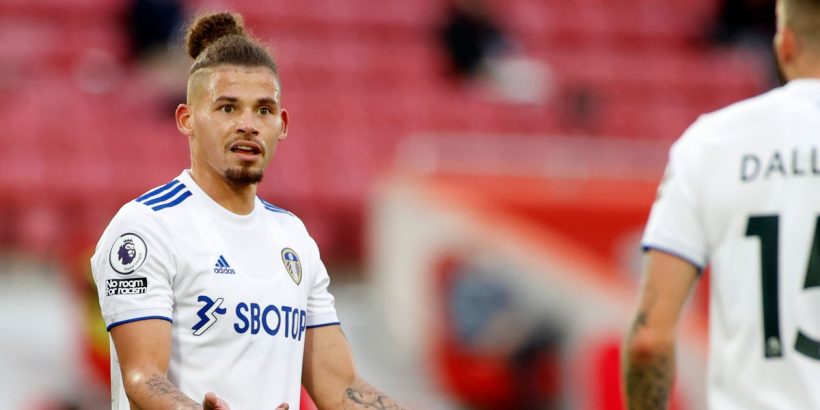 Kalvin Phillips watched the last major tournament England played in never dreaming he would be involved in the next one.

That was back in 2018 when the Three Lions reached the semi-finals of the World Cup for the first time in 28 years.

Phillips had just bought his first house in Leeds and couldn't resist inviting all his friends round to watch the Three Lions games with a few beers in hand.

Fast forward to 2021 and those same mates won't be going round to Phillips's place this summer to gather round the television.

That's because Phillips could well be on the big screen himself, having now established himself as an integral part of Southgate's international plan to conquer Europe.

Phillips admits he is still pinching himself at his meteoric rise from a humble hopeful from the tough suburb of Wortley to international superstar.

He said: "During the last World Cup I'd just moved into my first house without my mum there and I had a few of my mates around every game to watch the games.

"It was just one of those things. It was in the summer, it was warm and you just love watching international football.

"So to be here playing now and to have my friends and family messaging me saying 'I can't believe you're playing for England and doing all this stuff' – it's surreal.

"Like I said before, I feel like I have to pinch myself sometimes, but it's one of those things where you've got to keep working hard – and I'll keep doing that."

The hard work Phillips has contributed to England's engine room this season is now propelling him towards a place in Southgate's final 23-man squad.

No-one played more minutes than the Leeds icon in the last three World Cup qualifiers, while Southgate spoke in glowing terms of the 25-year-old's midfield performances alongside Declan Rice.

Phillips is now living the dream and starting to feel more comfortable at the highest level.

He said: "From the start of the season, I never really thought I would be in this position.

"But whenever I have had the chance, I have just tried to do my best and work my hardest. The manager has seen that and he's had the confidence to play me in the last three games. I'm very grateful for that.

"Coming into the England set-up, there are a lot of quality players and they only help me. They spur me on to do better and better and play well."

Phillips is not afraid of losing his place and believes Southgate is the sort of boss who rewards those who put the time and effort in.

He added: "I think it's only right that if you are performing, you should get the nod to be in the squad. That is the way the manager sees it.

"What will be will happen. If I do get called up? Buzzing! If I don't, I will just keep working hard and hopefully get called up for the next one.

"I'm looking forward to the next camp. Whether I'll be in it, whether I'll not, I'm not too sure – but the sky's the limit for me and I think if I keep working hard then why not."