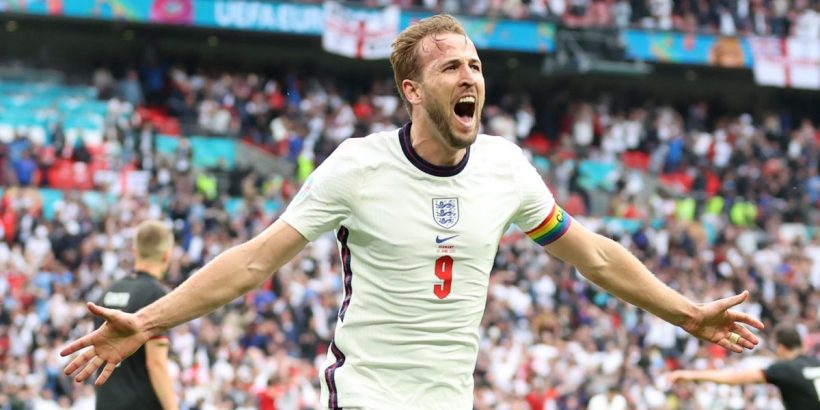 Harry Kane proved his doubters wrong as England earned a 2-0 Round of 16 win versus Germany at Wembley.

The Tottenham Hotspur striker had struggled to make an impact in any of the Three Lions' three matches at the tournament prior to today's match, but finally got his goal at Euro 2020.

Viewed as the key player for Gareth Southgate's side heading into the competition, Kane had offered very little in the final third and looked lost at times in matches against Croatia, Scotland and Czech Republic.

The 27-year-old has been heavily criticised for his performances, though Southgate has continued to stick by the Spurs striker regardless.

Many backed Kane to prove his doubters wrong in today's Round of 16 clash with Germany, but Kane struggled in the opening 45 minutes of the match.

Fans were quick to make their feelings known about the performance of the Three Lions' captain at half-time, though were later made to eat their words.

"When playing for England, Harry Kane is like a theoretical particle that has never been directly observed: We're almost positive he's there; he's just invisible," added another fan.

A third supporter said: "There have got to be ball boys who've touched the ball more than Kane."

"Harry Kane, the jubilee line is right there. If you wanna go home, go home," expressed another unhappy fan.

And they were not the only ones frustrated with Kane's display in the first 45 minutes.

Can England go all the way at Euro 2020? Comment below.

Former England and Newcastle United striker Alan Shearer criticised his lack of movement and desire to make things happen in attack when speaking at half-time.

“Harry has got to offer more," Shearer told BBC.

He added: "There’s the big talking point about him coming deep for the ball, but look at his lack of movement.

"He’s got to try and help the team a lot more than he is doing. He’s only had nine touches in the game so far, which is nowhere near enough."