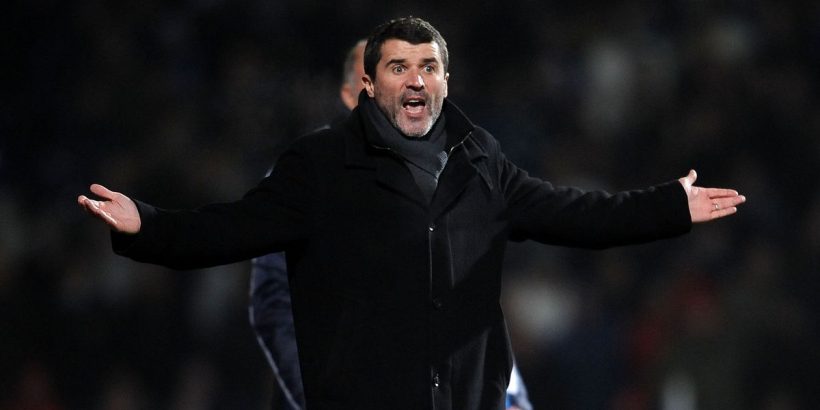 Manchester United legend Roy Keane has been linked with the vacant managerial job at Celtic, the club where he ended his playing career in 2006.

Keane is reportedly looking to get back into management and could replace Neil Lennon, who left his role as Celtic boss last month.

Carlos Edwards, who played under Keane at both Sunderland and Ipswich Town, believes the appointment would "send shockwaves through Scottish football".

Speaking to talkSPORT, Edwards gave insight into what Keane was like as a manager, revealing he "went overboard at times" when criticising players.

He said: "It would be massive [if Keane became Celtic manager]. All you've got to do is look at Stevie G at Rangers. He's been in the job for almost three years and you can see the big change.

"Now, with a new face and a new challenge coming into that Scottish league, it would be even bigger. Roy Keane vs Steven Gerrard, who had battles with each other for Manchester United and Liverpool, that would send shockwaves through Scottish football."

Edwards revealed that Keane used to join in with training, adding: "He used to take the mick out of some of the guys sometimes because he still had those touches.

"By him joining the training, it gave the guys that extra spark to impress him a bit more. That was a good sign. Sometimes he'd just sit back and watch the training and have his second in command and first-team coaches do a bit.

"When it came to the nitty, gritty side of it, making sure everything is solid and secure in team selection, he was the man at the forefront.

"I got a few b******ings for messing up in games and causing a few goals, but I never got the brunt of it. Roy had his moments when he let a few steams out, which is understandable.

"He went overboard at times, but as a player you had to sometimes take it on the chin and just try to move on. When emotion gets the better of you, which happens to most people, a few words were said.

"In my career with him, I never saw him physically go at anyone, but words can hurt a lot. There were times he could have dealt with things in a different way."