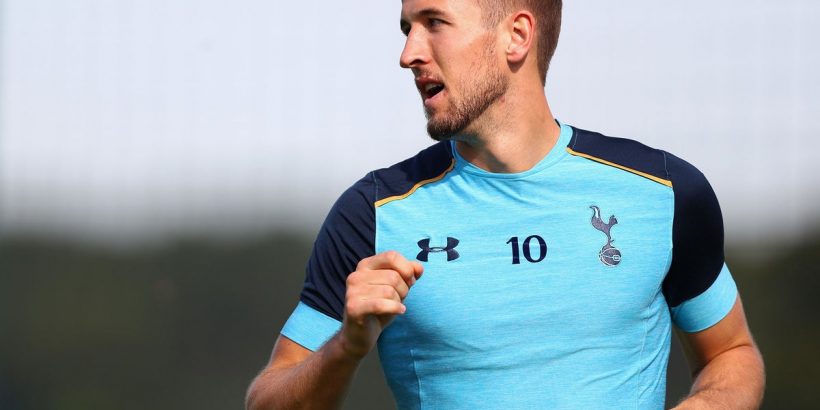 With Harry Kane having effectively ruled himself out of contention, Tottenham showed they can still thrive without their talisman in a 1-0 victory against Premier League champions Manchester City.

Kane is back in training at Spurs and could even be available to feature in the Uefa Conference League on Thursday, but the striker is still said to be intent on joining City as Pep Guardiola’s side prepare a new bid worth in the region of £120m.

Tottenham’s chairman, Daniel Levy, has remained resolute in his position that Kane won’t be sold, with the 28-year-old still having three years left on his contract.

Spurs’ new head coach, Nuno Espirito Santo, echoed that stance after Sunday’s victory. “Harry is one of the best players in the world, so we are very lucky to have him,” Nuno said. “He has to get ready and help the team… Harry worked this morning, is preparing himself and when he is ready he will join the group and help the team.”

But with this saga far from its denouement, the question remains as to whether Spurs should cash in while Kane is at the peak of his value or refuse to bow to the striker’s demands and keep him for one last season. Our writers offer their verdict below:

There are the numbers – 166 goals in 245 Premier League appearances – and his unquestionable influence and status as Tottenham’s reference point. Chuck in the state of the market and the reality that it will be very difficult to land a striker that is anywhere as close to a banker as Kane and why would Levy possibly cede the club’s greatest asset to Manchester City, strengthening the defending champions?

It doesn’t look like he wants to, but it might be the financially smart thing to do. Let’s unpack this: for a start, Kane is concrete in his desire to leave Spurs. Once a player has made that decision, forcing them to stay has risks. While there is no doubt Kane would still be professional and deliver should he be made to stay, the pang of regret will linger in the background.

It is fact that the forward’s value is not going to get any higher than it currently is. At 28, this is probably the optimum time for Tottenham to sell Kane, having maximised his talents, and build the long-term future of the team.

With a £1.2bn stadium still to pay off and a government loan needed to be taken out to navigate the monetary pitfalls of the pandemic, Spurs could do with a great injection of cash.

Sooner or later, Tottenham will have to plot life without Kane. That might as well happen when they can get maximum buck for him.

Up until the Man City game I was of the opinion that Tottenham should keep Kane: they had the strongest hand with the player still three years away from his contract expiring.

Tottenham could squeeze out one last world class season from their talisman and allow their new head coach, Espirito Santo, an easier debut season to smooth over the transition into the post-Kane era at the club.

But having already seen the fight, passion and graft from Spurs, including Oliver Skipp, Steven Bergwijn, Japhet Tanganga and Davinson Sanchez – none of whom were key pieces under the previous regime – it’s clear that there is pride in this squad.

The speculation surrounding Kane’s future, as well as “the Harry Kane team” tag, means in hindsight it is no surprise that a Nuno side was able to demonstrate greater desire than the Premier League champions.

While more signings will arrive, Spurs can lean on their other elite talent: Son Heung-min. The formula moving forward has to be acquiring more players with similar talent, such as Cristian Romero. In pursuit of a return to the Champions League, Spurs will not be able to outspend their rivals, instead they have to use greater nous, and that could materialise given the responsibility placed on Fabio Paratici, their new director of football.

The Italian has naturally shopped back in Italy, but armed with almost £150m, should City be willing to go that far, the former Juventus chief will have a wonderful opportunity to diversify their squad.

A lot will depend on Nuno eventually, but it would have even with Kane remaining at the club. Instead, he can galvanise the group, as he seems to have done already, leaning on his organisational abilities that shone through at Wolves, while sprinkling more game-breaking talent across the field to support Son.

It will be disappointing for Spurs fans to see Kane depart without delivering a trophy, but his greatest opportunity to do so has surely already passed and with his injury record, there is every chance Spurs could walk away with an incredible deal in 12 months if they spend wisely.

Even the sheer number of goals cannot do justice to the weight of Kane’s influence at Tottenham, and it would be foolish to suggest they will benefit in any way by his absence. Yet, after making his desire to leave this summer so publicly clear to the point of acrimony, it feels right that Spurs resign to his exit while still able to command such an enormous fee.

In the short-term, Kane could prove decisive in propelling Spurs back into the top four, but this is a cycle that’s only destined to repeat itself. The mood has changed significantly around the club after defeating Manchester City last weekend, and Espirito Santo’s tenure has offered something of a fresh start, albeit under strained circumstances.

The club will struggle to find an equally prolific replacement, but if Spurs, under the new guidance of Paratici, are able to spend £120m effectively, they can establish a foundation that can prove more successful and sustainable in the long-term. After all, in spite of all Kane’s immense talent, he has not been able to single-handedly guide the club to silverware.

It is not the ending any Spurs fan desires, nor a stand-off Levy would gracefully step back from, but in the end, a club should always believe it can be more than any player, even one this great.

It’s not quite the same, given the profile of the player and what’s at stake, but Tottenham are in a similar position to some clubs relegated from the Premier League and trying to hold onto their top players: a big bid might come in, sure, but is that going to cover the cost of both the replacement and the lost opportunity of that star name getting the club back up into the top flight?

For promotion from the Championship, of course, read Spurs getting back into the Champions League and competing for major honours. It suggests that Kane is worth well beyond “market value” to them, because their best chance of achieving both is with him in the team.

The real problem with this theory is that it will be at least 14 years since Spurs actually won anything by the time even the next League Cup final rolls around, and Kane has been in the team for eight of those campaigns.

In truth, they’re miles off challenging Man City and the gang at the top of the table, regardless of that opening weekend of the season. It isn’t a one-window fix, either, and while selling Kane to a divisional rival is a bit of an act of submission, it’s going to provide funds to build much stronger in more areas of the pitch – assuming a more successful reinvestment than when Gareth Bale was sold.

If there’s a new British record fee-and-a-bit on the table, Tottenham should be looking to sell. But they shouldn’t do so in the final days of the window; it’s not a now-or-never scenario, but it should be a ‘very quickly or next summer’ one.