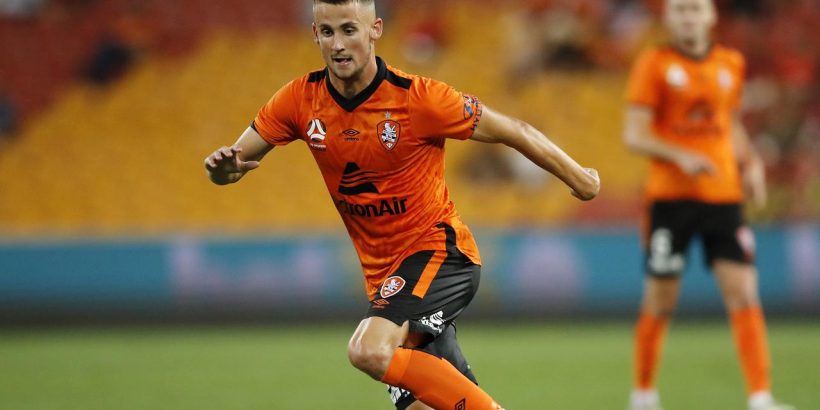 Goalkeeper Jamie Young has been told he’s a required player at Brisbane next season, but former Australian under-17 international Jordan Courtney-Perkins is set to leave the Roar due to a lack of first-team opportunities.

Young, who is contracted to the Roar until the end of the 2021-2022 season, had been given permission to speak to Melbourne Victory, who are set to revamp their whole squad under incoming coach Tony Popovic.

But having spoken with Popovic, star custodian Young has since been told by Roar coach Warren Moon that he won’t be leaving the club before his contract expires.

A Roar source has told News Corp Australia that Moon is also keen for Courtney-Perkins to stay, but the off-contract 18-year-old defender is frustrated by his lack of game time and wants to leave.

Courtney-Perkins, who was coached by Moon at schoolboy level, had made just three appearances this season, with his only start coming in the Roar’s 1-1 home draw with Western Sydney Wanderers last month.

Several other A-League clubs are interested in Courtney-Perkins, as are a Polish outfit who made an offer for the teenager’s services last year only to have it rejected by the Roar.

Courtney-Perkins is stuck behind left-sided central defender Macaulay Gillesphey at the Roar, who are likely to lose both players despite Moon not having given up hope of persuading in-demand Englishman Gillesphey to stay.

Courtney-Perkins’ Australian under-17 teammate Izaack Powell is also set to leave the Roar due to a lack of first-team opportunities.

Powell, who has battled illness in recent weeks, has been offered a trial by English Premier League club Brighton, while English second-tier club Birmingham City have also shown interest in him.

The Roar are also yet to re-sign striker Dylan Wenzel-Halls for next season, with the Olympic Games hopeful keen to test his worth on the market.