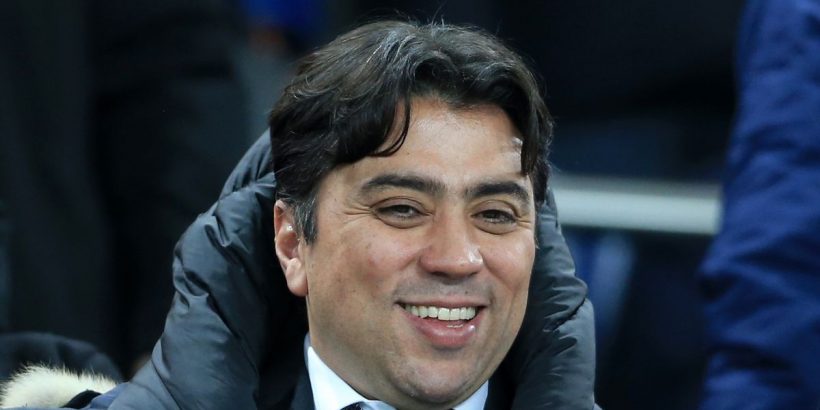 Kia Joorabchian clearly has a good business relationship with those over at Arsenal, given a number of his clients have ended up plying their trade for the Gunners in the last few years.

The 49-year-old boasts a star-studded list of clientele that includes Champions League winners and Premier League veterans – though some members of the Emirates faithful may highlight the latter of those two as part of the problem.

Long gone are the days when all recruitment decisions related to the playing staff were made by the manager, it is clear that over in the red half of North London, technical director Edu also has a large say in who comes in.

Given his close working ties with Joorabchian, it's little surprise only now, post- Wenger have these signings begin to flood in in their droves.

Sky Sports pundit Jamie Carragher launched an attack on the agent before the turn of the year, citing his clients as part of the problems that plague the Gunners.

"I really like (Mikel) Arteta," he said. "There’s a lot of nonsense around the club – bringing players, buying players. I think some signings were a joke. In terms of bringing Willian in, Luiz in, Cedric in.

"Is Kia Joorabchian making signings at the club? Mikel Arteta has brought in Thomas Partey and Gabriel. They look like Arsenal’s two best players at this moment, certainly early stages this season."

The agent did not take those remarks lying down, and bit back with: "I’m very surprised because Jamie is one of the people that monopolises Sky Sports commentary. Sky Sports producers pay a lot of money to him, so I can’t understand why he doesn’t check his facts before he speaks.

"The fact is I had nothing to do with the signing of Willian. If Jamie had bothered to check with Mikel or Edu, they would have said Mikel presented three different times to convince Willian to be his number one signing at Arsenal."

Willian is the most recent of Joorabchian's signings to join the Gunners, so as his debut season draws to a close, it seems as good a time as any to analyse how the super agent's clients have fared in an Arsenal shirt.

There is an argument to be had that Luiz is the most successful of Joorabchian's Arsenal clients, with the 34-year-old proving to be a huge figure in the dressing room, one many of the Gunners array of young talent all claim to look up to.

He has proven he is the sides most comfortable defender on the ball, something Arteta's men had to learn the hard way in his absence at the tail-end of this season.

Luiz last featured for the Gunners away at Newcastle, playing a part in the first of two goals with a delightful pass into the channels, a trait Arsenal clearly missed as they struggled to mount any attack in their Europa League disaster against Villarreal the following game.

However, for all of his technical quality, Luiz has displayed the kind of erratic on-pitch decision making that has plagued his entire career.

Luiz has four red cards over the course of 213 Premier League appearances, the bulk of which came for Chelsea – yet three of his dismissals have come in an Arsenal shirt.

After two seasons, three red cards and a number of penalties conceded – Luiz's time at Arsenal appears to be coming to an end, after it was reported that neither the club nor the player had any desire to extend his contract which expires at the end of the current campaign.

Few signings in the modern history of Arsenal have gone as badly for the club as the signing of former Chelsea winger Willian.

1 goal in 37 appearances has made for a debut season full of criticism, so much so that recent speculation has suggested the Brazilian international could be keen on leaving the Emirates after just one season.

The 32-year-old has attracted interest from a number of European clubs as well as newly-formed MLS outfit Inter Miami.

The signing of Willian has ben accused of stalling the development of a number of Arsenal's talented younger players, including Gabriel Martinelli and Reiss Nelson.

Cedric's arrival at the Emirates led to questions from the very beginning, given Arsenal were in no real desperate need for a right-back, boasting Hector Bellerin and Ainsley Maitland-Niles as well as Calum Chambers once he had recovered from injury.

Originally signed on loan, Cedric's deal was eventually offered a bumper new permanent contract despite having made ZERO appearances for the club at the time.

Bizarrely, the bulk of Cedric's Arsenal features this season have come while playing left-back, filling in for the crocked Kieran Tierney.

The Portuguese defender enjoyed a brief decent run of form in the new role at the beginning of the year, before he eventually his flaws on the opposite flank were exposed and Arteta took the step of deploying midfielder Granit Xhaka in the left-back position instead.