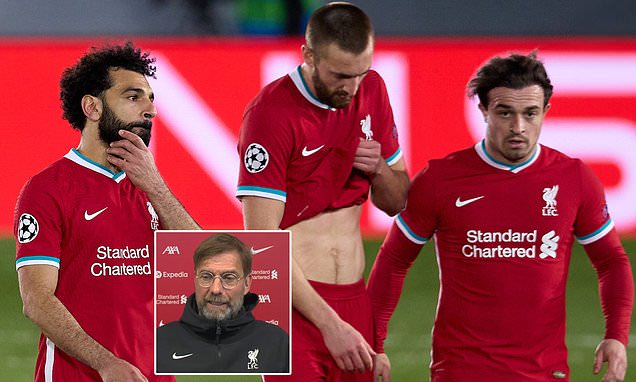 Jurgen Klopp accepts that missing out on Champions League football would have a ‘massive’ impact, ahead of Liverpool’s crucial clash with Manchester United.

The Reds have seen late goals from Leeds and then Newcastle peg them back to draws in their last two games so Sunday’s Old Trafford showdown takes on even more importance.

Klopp is under no illusions about the effect that missing out on the top four could have this summer and next season. 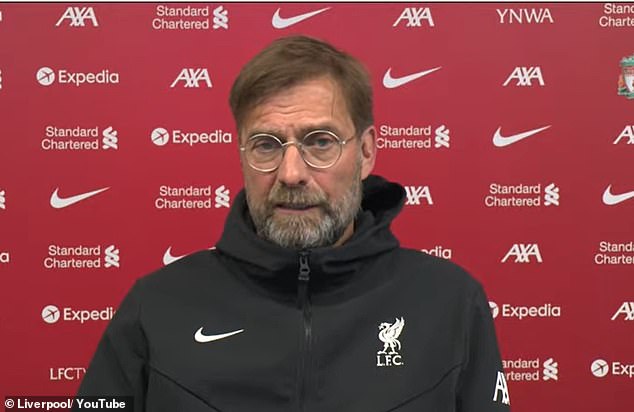 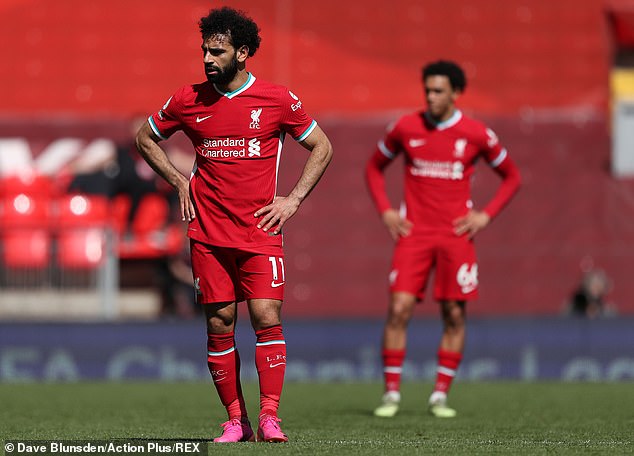 He said: ‘The Champions League is massive, especially financially. It is really important. If we cannot make that, that is not good. Definitely not.’

Evidently the dent in terms of earnings will be significant and could affect both the willingness of players to join the club this summer and the ability of Liverpool to pay high transfer fees.

But Klopp went on to add that football remains in a ‘difficult situation’ with many clubs affected by the pandemic’s impact on cash-flow.

He continued: ‘This situation was difficult before, it will be difficult after, football is in a difficult situation, so no, I don’t think it will change a lot.’

The champions are four points off the top four with five games to play and will meet a United side hitting their straps.

On Sunday’s opponents, who hammered Roma 6-2 in the Europa League on Thursday, Klopp said: ‘It is a very tough game, tense game for both teams, Man United are good, we saw them play last night.

‘It looks like they were really flying, it is a tough one. Two teams that have to win it is a recipe for a good game so let’s see what happens.

‘It is completely different to our situation, United are used to playing Thursday and Sunday but it is still a really tough challenge. There is not a lot you can do in training but I don’t think they’ll wait to change a lot.

’75 per cent of the team is the same for most of the games. Who we will face is fairly clear, they probably won’t make massive changes. Late in the season, these kind of fixtures, it is just a fight, we both have to fight.’ 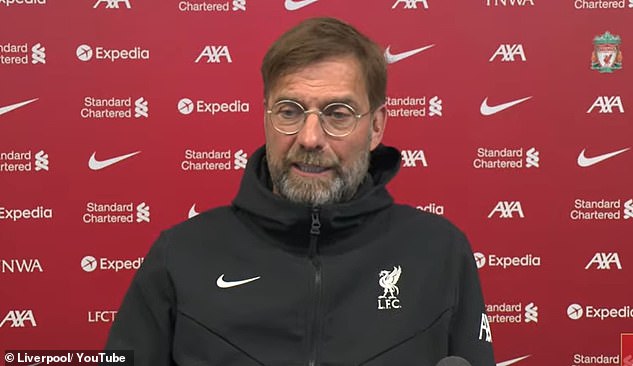 The German continued: ‘This is the game for any Liverpool player or manager to give everything.

‘Is it the best place to go after Newcastle or seeing them score six last night? I don’t know but we just have to be ready for it. It doesn’t happen often that you face a team in exactly the right moment. We had a good training week, good intensity and tried to simulate our normal rhythm.

‘We don’t score often enough but create a decent number, which we have to keep doing. It is not about shouting at them saying “how can you not score”, you have to help them.’

Three points could help Liverpool claw back ground to West Ham and Chelsea before they close out the season with games against Southampton, West Brom, Burnley and Crystal Palace.