‘I only have 10’: Bewildered Jurgen Klopp’s answer as he’s asked to put his finger on why Liverpool were beaten by Red Star Belgrade

Jurgen Klopp was asked if he could put his finger on where Liverpool were failing after their Champions League defeat here on Tuesday night and replied: ‘I only have 10 fingers.’

He admitted after the shock 2-0 defeat by Red Star, that his team had lost their mojo, leaving their aspirations in the competition in the balance.

Liverpool produced their worst display of the season at the worst possible moment as they lost 2-0 to Red Star Belgrade. 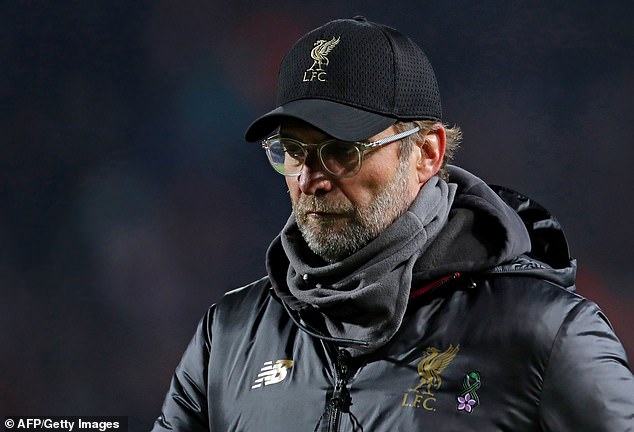 It is their second consecutive loss away from home in Europe and the side who reached last season’s final now have a fight to progress from Group C.

Klopp, who made five changes to the team that drew at Arsenal last Saturday, was bewildered by his team’s lack of sparkle and energy.

He accepts, though, the fizz that illuminated their play last season is missing and they must find it before they travel to Paris St Germain on November 28.

‘It made sense to make a few changes, a few we had to make and a few we wanted to but it is easy to say it didn’t work out in the end,’ said Klopp.

‘We lost it because they went 1-0 up then 2-0 up. I don’t say it is already serious if we lose twice but we have to make sure it will not happen again.

‘If we do, it will be difficult as the next game is an away game. The last one is a very difficult home game against Napoli. We have to make sure you cannot ask that question again. It is too early to say that is how it is.’

Milan Pavkov’s goals did the damage in a seven minute spell midway through the first half to give Red Star their first win in the Champions League since 1992. He took advantage of wretched defending, which was the subject of fierce criticism from Liverpool legend Steve McManaman.

‘It was far too easy,’ McManaman said on BT Sport. ‘The second goal, talk about one mistake! (Gini) Wijnaldum should just foul (Pavkov); (Virgil) Van Dijk and (Joel) Matip do nothing and the keeper (Alisson Becker) should have saved it as well. It was terrible. It was very unlike Liverpool.’ 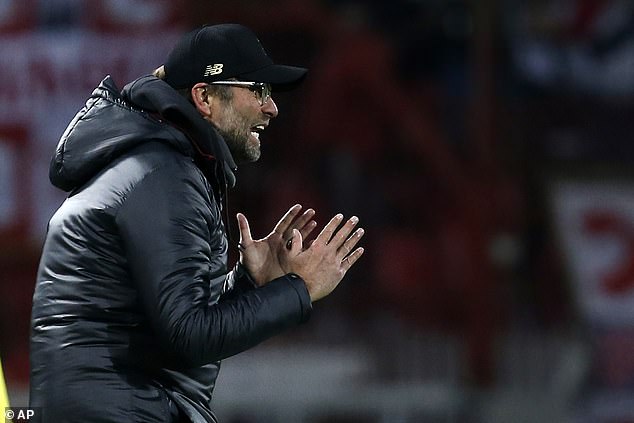 ‘Then more or less straight away they score the second one and then the atmosphere was completely different, you could feel it. They were on their bikes and we had to deal with the situation.

‘It is not what we wanted and we will go for the other two games (Paris away, Napoli at home) 100 per cent. We all have to deal with it now.’