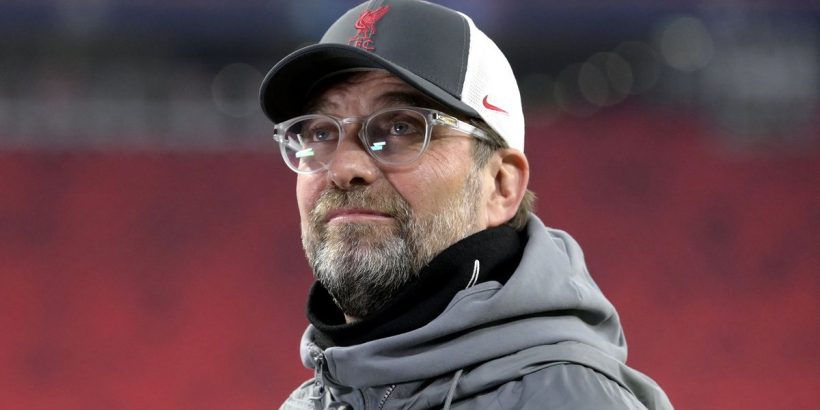 On the six separate occasions Klopp has led his team into battle at 'The Theatre of Dreams' things have been fairly nightmarish for him, with his record reading four draws, two defeats and a big fat zero wins.

One of those draws was a little different than the other ones though.

It was Klopp's first visit to Old Trafford as a manager when, on St Patrick's Day in 2016, he didn't need anything resembling the luck of the Irish to get a good result.

The Reds had dominated against Louis van Gaal's United in the first leg of their Europa League last-16 tie a week earlier when, just five months into Klopp's reign, they had begun to demonstrate just what they could turn into as a force of nature under their new charismatic manager and with fans who were finally on the same page.

They'd won 2-0 thanks to an early Daniel Sturridge penalty and a fine late Roberto Firmino finish, meaning that hopes were high heading into the Old Trafford second leg.

And even though Manchester is only down the other end of the M62, about an hour's drive away, Klopp insisted on taking his players there a day before the game.

"We wanted the whole package," he said in his press conference.

"I always enjoyed it when I played with my former clubs in European tournaments to breathe the stadium air where you play the next night. I like to imagine what will happen."

And what did happen was pretty much what Klopp would have expected.

United flew out of the blocks, urged on by a home crowd who were enjoying the fact that this fixture was taking place under floodlights with a crackling atmosphere of a European night.

Anthony Martial fired United in front on the evening with a penalty, halving the deficit on aggregate and pushing Klopp and Liverpool towards a point in which they could have broken.

But they stood tall.

Players such as Dejan Lovren, James Milner, Jordan Henderson, Adam Lallana and Roberto Firmino – all of whom would still be around for the Premier League title win four years later – seemed to grow in stature, and then they witnessed something special.

Just before half-time, Philippe Coutinho picked up the ball on the left, turned young United defender Guillermo Varela inside and out and then expertly dinked the ball over David De Gea and into the net. Tie over.

"Phil had a genius moment," said Klopp after the game.

"It was a brilliant moment and it decided the game tonight.

"He had a lot of good moments and he had a big chance before the goal. It was brilliant what he did.

"It was unexpected. It was a perfect goal."

A perfect goal to settle what turned in to a perfect night for Liverpool.

And one that ensured their manager does at least have one happy Old Trafford memory, even if it didn't come with a win.