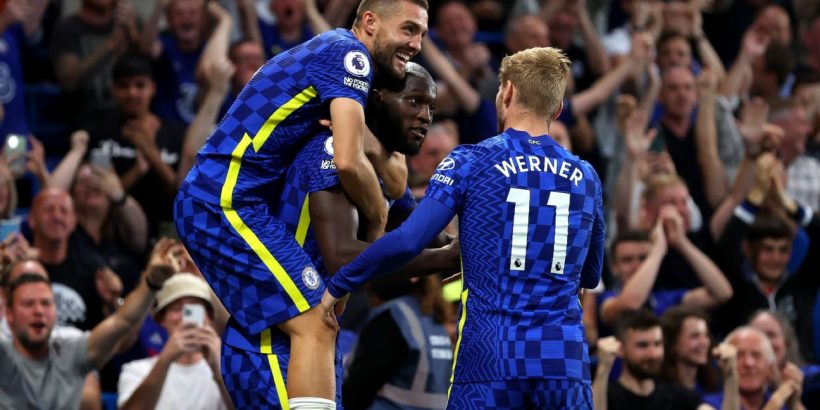 Chelsea marked their return to Premier League action after the international break with a 3-0 win over Aston Villa, despite enduring a slightly awkward first half.

It took just 15 minutes for Romelu Lukaku to put the Blues ahead with a brilliantly taken goal after being played through by Mateo Kovacic. The Croatia international followed up his assist by capitalising on Tyrone Mings’ short back-pass for a goal of his own. Lukaku capped the game off with a rocket in stoppage time.

Chelsea’s unbeaten start continues, and this victory left them second only to Manchester United at the top of the table on goals scored. The performance will further boost the team’s confidence ahead of their first Champions League match of the campaign, against Zenit at Stamford Bridge on Tuesday.

Having missed a striker who was truly clinical last season, it’s abundantly clear that Chelsea won’t have the same problem this term with Lukaku up front. At the other end, Edouard Mendy put in a superb display that will have coach Thomas Tuchel feeling his side will concede few goals if his goalkeeper remains in such imperious form. Kovacic scored so soon after the break to set the perfect tone for a more comfortable second half.

It’s a good job that Mendy was so indomitable, as Chelsea looked frail defensively at times in the first half, and didn’t help themselves by giving the ball away in dangerous positions. The manager will also be frustrated by the amount of control Aston Villa were allowed to have over general play in the first half. While Lukaku took his chances brilliantly, Chelsea will look to carve out more for him in future games.

Manager rating out of 10

8 – This was always going to be an awkward game for Tuchel as players returned from international duty, and he made the changes required while leaving enough to win the game. Some may not have substituted Saul Niguez at half-time considering it was his debut, but Tuchel made the right decision and he reaped instant rewards with a second goal moments after the restart.

GK Edouard Mendy, 9 – The goalkeeper made a very good save at the near post to deny Ollie Watkins, before producing a sensational double save to deny Mings and Ezri Konsa. Looked a little bit awkward when dealing with some corners in the second half.

DF Trevoh Chalobah, 6 — Got away with losing the ball in a dangerous area and struggled when dealing with Watkins at times. Made a decent block to deny Bertrand Traore.

DF Antonio Rudiger, 7 – Got an ironic cheer from the crowd when he nearly hit his strike from just inside the Villa half out of Stamford Bridge. Still, he focused defensively and put in a fairly strong display. Had some words with John McGinn but didn’t allow any frustrations to impact his game.

MF Callum Hudson-Odoi, 6 – His awkward corner delivery was flicked onto the crossbar by Konsa. The academy graduate had the odd threatening moment going forward and put in a defensive shift. Would have hoped to have a greater impact after being moved into the front three in a tactical change.

MF Mateo Kovacic, 9 – His superb pass behind Villa’s defence set up Lukaku for the opening goal. He then capitalised on a mistake from Mings to dink the ball past Jed Steer and double the lead. Full of confidence, he attempted a curled effort from outside the box but couldn’t find the top corner.

MF Saul Niguez, 3 – Dawdled on the ball and gave it away with some poor play in dangerous areas, meaning the Spaniard had to be bailed out by his new teammates. Generally looked off the pace and was taken off after 45 minutes.

MF Marcos Alonso, 6 — Took an early knock from Matty Cash but continued getting forward to stretch the Villa defence and took a shot that went agonisingly wide. Booked for pulling Leon Bailey back after being nutmegged by the Jamaican.

FW Hakim Ziyech, 6 – Wasn’t involved as much as he would have liked, and while the Moroccan showed some lovely close control, his passing was a bit off at times in the second period. However, he made a good contribution to the final goal of the game.

FW Kai Havertz, 5 – Floated into some lovely positions but did very little to make a genuine impact on the game before being substituted.

FW Romelu Lukaku, 9 — The Belgian didn’t receive the service he might have expected but got past Axel Tuanzebe with ease and was so clinical to provide Chelsea’s opener. Added his second of the game with yet another brilliant strike. Also held up the ball and linked play well when given the chance.

Jorginho, 7 — Replaced Saul at half-time and put in a disciplined display that helped Chelsea largely control the second half. Made a good headed block late in the game.

Cesar Azpilicueta, 7 — Replaced Havertz in the 64th minute and was typically committed to help his side maintain their clean sheet and even assisted the final goal of the game.

Timo Werner, N/A – Replaced Hudson-Odoi in the 82nd minute and worked hard for the team, pressing from the front well.