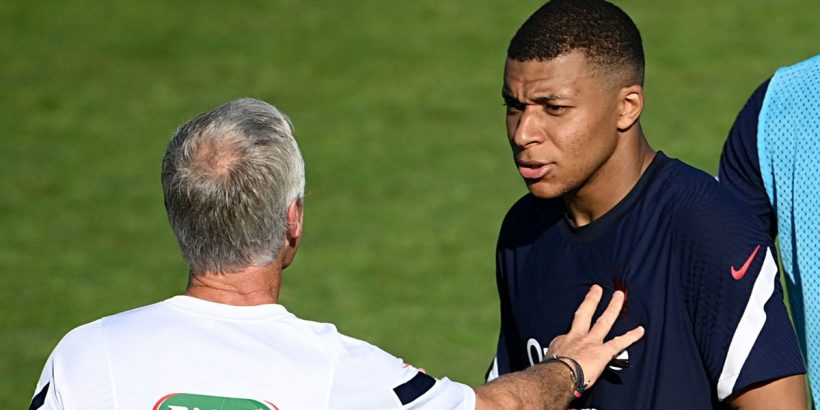 Kylian Mbappe has been outshone by both Antoine Griezmann and the returning Karim Benzema during the opening three fixtures of Euro 2020 – and his ego could be playing a part.

Former France and PSG winger Jerome Rothen has lashed out at the 22-year-old World Cup winner by suggesting that he is proving to be "problematic" for Didier Deschamps.

Rothen, who made 13 appearances for his country between 2003 and 2007 and won the Confederations Cup, isn't a huge fan of Mbappe's personality off the pitch.

He adds that the forward cannot be satisfied with his performances so far at the tournament, questioning why he hasn't been able to replicate his recent club form.

Rothen told RMC Sport: "That he is the leader on the pitch, no problem… that it [his ego] extends to off the field too, that bothers me.

"I think Didier Deschamps can no longer manage it and it is problematic. It is even surprising that he lets Kylian Mbappe do so many things.

"It can be seen in his performances on the pitch. Today, we cannot say that Kylian Mbappe has had a successful Euros.

"Is he in the right like he was at PSG throughout the end of the season? I would say no.

Will Mbappe fire France to Euro 2020 glory? Let us know your thoughts in the comments.

"We expect much better from Kylian Mbappe. Everyone thinks that Mbappe is one of the best players in Europe.

"But if you immediately put him in the category of the very best, you cannot be satisfied."

Earlier this month Deschamps backed Mbappe to ignore transfer speculation with his contract due to expire next summer – and fire France to Euro glory.

He said: “Speculation is part of the game. What is going on outside, Kylian is clear on that, but he knows why he is here with the France team

“He will have a decision to make, and he will make it when he sees fit. At the moment, he is still under contract with PSG and supposed to be there next year.

“On what can happen, I don’t know. He is totally in control, but he is in peace and serenity with us. He is focused on the France team.”