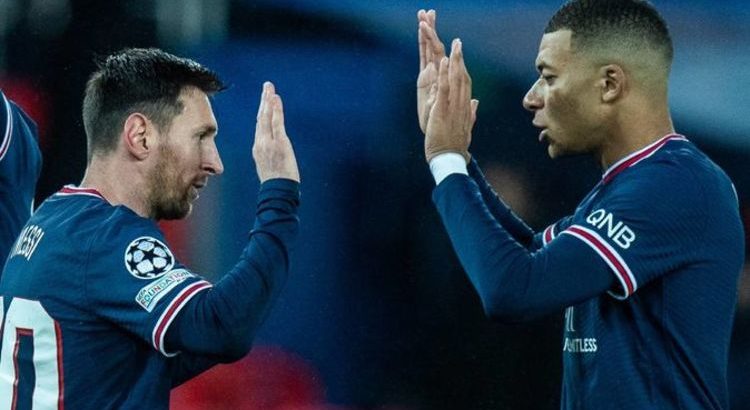 Lionel Messi has changed Kylian Mbappe’s mind at Paris Saint Germain as the forward has seen a major U-turn, but unfortunately for the club it doesn’t appear to involve his future, but just his opinion on the infamous Messi and Cristiano Ronaldo debate.

Lionel Messi appears to have changed Kylian Mbappe’s mind while at Paris Saint Germain, although not in the way that the PSG fans may have hoped.

Messi arrived from Barcelona this summer in a move that stunned the footballing world, as the Catalan side could not afford to hold onto their iconic star due to financial difficulties.

The Argentinian joined a new side for the first time in his professional career, and joined a new-look attack consisting of Mbappe and Neymar.

Mbappe has famously always been an admirer of Cristiano Ronaldo, but the seven-time Ballon d’Or winner may have slightly changed things.

The Frenchman has always been a Ronaldo fan, and after already taking the iconic no.7, Mbappe looks set to secure a move to Real Madrid next summer, following in the footsteps of the Portuguese star.

While that may still be the case, Messi’s arrival in Paris has changed Mbappe’s outlook, and following PSG’s 4-1 win against Club Brugge on Tuesday, the Frenchman said that his teammate was “the best player in the world”, placing him above Ronaldo.

Mbappe was on the verge of completing a move to Madrid in the summer, but PSG turned down what would have been a world record offer of £189m from Los Blancos.

It was surprising that the bid was turned down though, as Mbappe is free to negotiate with foreign clubs in January as his current deal in France expires this summer.

Mbappe doesn’t seem keen on sticking around as his future remains unresolved, and PSG may now be regretting their decision not to cash in for a profit on the Frenchman, as the man that cost them £144m four years ago could now walk away from the club for free.

It’s likely that PSG were banking on the fact that the likes of Messi, Sergio Ramos and Gianlugi Donnarumma this summer would have convinced Mbappe to stay, as the French giants look to build the ultimate squad.

However, although Messi appears to have changed his mind, it’s not in the business sense that PSG bosses had hoped for.

It was Mbappe that set Messi up for his fourth goal in the Champions League group stages on Tuesday, as the Argentinian bent one into the far corner in trademark style, and the Frenchman passed up on the opportunity to complete his hat-trick from the penalty spot as the seven-time Ballon d’Or winner stepped up instead.

It’s clear to see Mbappe’s admiration for one of the greatest of all time, and following their dominant win against Brugge on Tuesday, Mbappe said: “It’s easy to play with Lionel Messi. He’s the best player in the world.

“He won the Ballon d’Or a few days ago. He scored two goals today, he is happy, and I hope he will help us in the future.”

Mbappe’s ‘us’ comment has given PSG fans some hope though, as supporters are speculating as to whether that means in the future this season, or beyond.

It would be a major blow for PSG to let Mbappe go for free, and in fact, would be the second biggest tragedy in European football from a club’s perspective, with his new teammate Messi taking the crown as Barcelona were dealt the biggest hit.

Even if PSG could sign Mbappe to short-term deal, they could demand a huge fee and at least receive compensation for losing a generational talent.

However, as recently seen, contracts can be increasingly difficult to get out of, so Mbappe may be running down his deal in the fear that re-signing may block the dream move he has been craving.