La Liga president Javier Tebas is open to the idea of naming the division’s player of the year trophy after Barcelona star Lionel Messi.

Messi won the award in six of the last eight years before La Liga stopped presenting it in 2016, but Tebas is keen bring them back and use the 31-year-old to rebrand.

Tebas told Omnisport: ‘I like that idea, we would have to think about it. 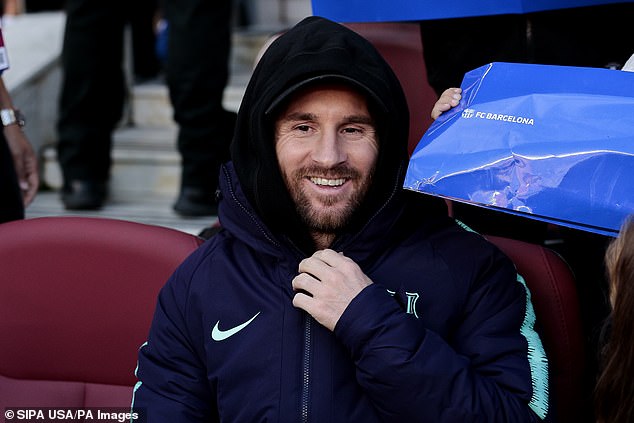 ‘I think Messi will be the best in football history, he already is.

‘Some people talk about Neymar but he is already 26 years old and as far as I remember Messi started to play for Barcelona as a youngster and he surprises us every year he seems not to have limits and he plays at a maximum level.

‘He is the best and I think it’s a great idea to create a trophy for the best player every season named Leo Messi.’ 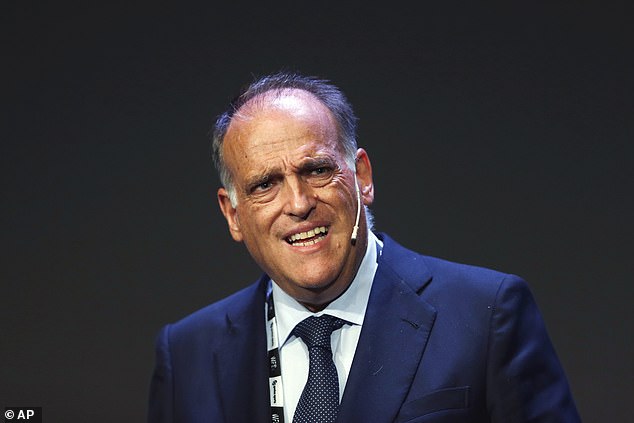 La Liga president Javier Tebas said: ‘I like that idea, we would have to think about it’

Tebas feels Messi deserves similar treatment and added: ‘If it is Zarra for the best scorer… I think it’s a great idea.’

Messi is currently sidelined with a broken arm, which kept him out of Sunday’s Clasico.

Barcelona did not miss their star man as they thrashed Real Madrid 5-1 at the Nou Camp, with Luis Suarez netting a hat-trick. 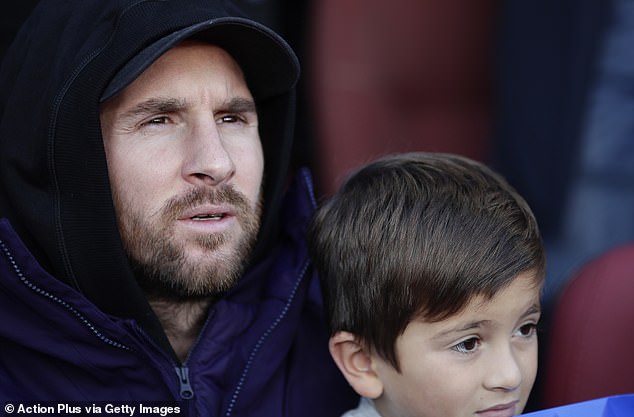