‘We can’t get carried away with ourselves’: Chelsea have put themselves firmly in the title race with victory at Newcastle but Frank Lampard isn’t getting excited just yet

One of the very few problems Frank Lampard ran into at St James’ Park was a technical glitch before his post-match Zoom reflections.

The Chelsea boss spent the minute or so of delay looking at his mobile phone, smiling.

With sound restored — and his side temporarily top of the Premier League on Saturday afternoon — Lampard was asked, ‘Were you looking at the league table?’ 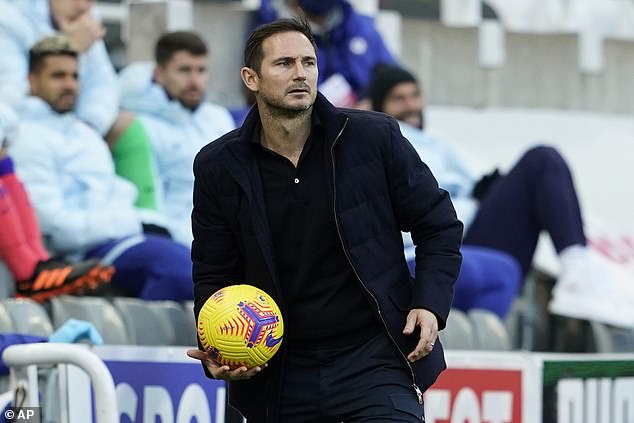 Lampard saw the funny side. ‘A friend of mine was commenting on my post-match TV interview and some of the wording I used… it wasn’t the league table,’ he said. ‘I’m not going to smile too much at that just yet.’

He should. Chelsea are third now and, in a season when it has been said an outsider could win the title, there is little reason why that should not be his team. Indeed, it is probably unfair to call them outsiders on the evidence of a seven-match unbeaten run, including four clean sheets and 19 goals scored.

So here’s a direct question — can Chelsea win the Premier League? Another smile. ‘I’m certainly not going to go there with that one after nine games,’ he came back.

‘It would be very easy to get excited about being in a lofty position. But we are improving. The first port of call was to close the gap on the top two. So we can’t get carried away with ourselves at this early stage. We have to try to reach the levels of consistency set by Liverpool and City. I’m just happy with where we’re at now.’

Lampard’s friend might have laughed at some of the long words he used on TV, but on the pitch things look far less complicated. That is not to underplay the tactical work that goes into it. Rather, it is easy to see what they are trying to achieve. 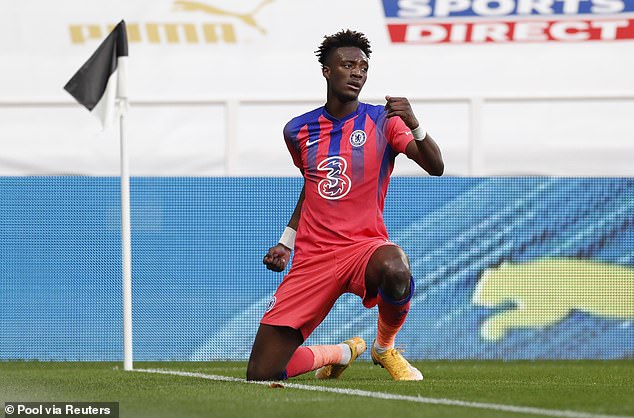 They want to keep the ball — they had 82 per cent possession after half an hour here — and they want to create attacking overloads with their full backs, Reece James and Ben Chilwell. The latter forced the first goal when Federico Fernandez turned into his own net.

They also want to get the ball to Timo Werner as quickly and as often as possible. Who wouldn’t? He was brilliant here, creating the match-clinching second goal for Tammy Abraham after a run of such speed that he travelled quicker with the ball than any of his opponents could without it.

Werner deserves to reside in a title-winning team. Will that be at Stamford Bridge? The answer to that lies in defence, not attack. So consider this: not since Jose Mourinho’s side six years ago have Chelsea recorded four straight clean sheets away from home. They have now.

And next up in the Premier League? Mourinho’s Tottenham on Sunday. Chelsea v Spurs has been a fixture on the undercard in recent seasons. The battle for fourth position… how thrilling.

Not now. This will be billed as a clash of two genuine title contenders. And rightly so. Win that and Lampard certainly will be smiling at the league table. 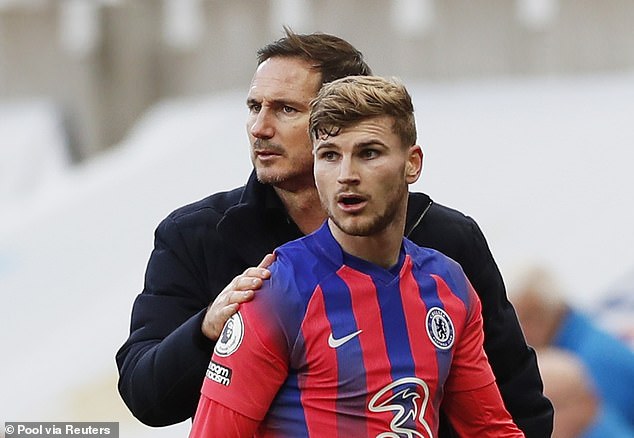 After a slow start, striker Timo Werner has scored eight times in all competitions this season

Saturday’s opposite number Steve Bruce, meanwhile, has little to smile about. He talks of wanting fans back in the stadium, but in this form they might not be as supportive as he’d expect. He has spoken at length of progress, but there has been none. The danger is that Newcastle are getting worse, not better.

The opposite applies to Lampard and Chelsea. They are looking up, not down.