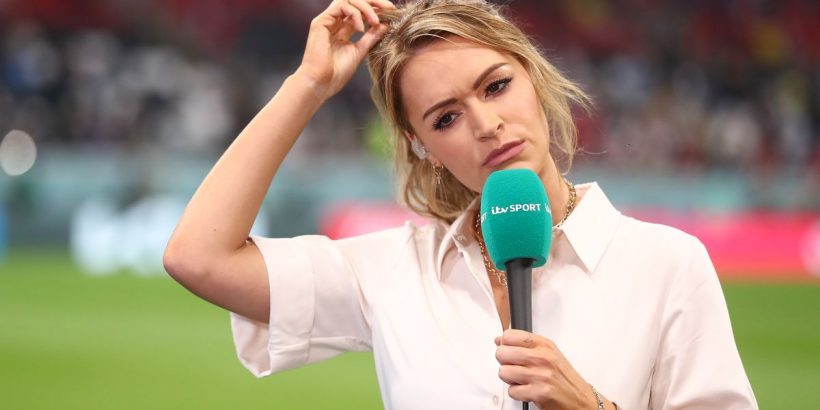 Laura Woods has hit back with a brutal reply after a fan tried to shoot his shot on Twitter.

The football presenter, who is known for her interactive persona with followers on social media, took to Twitter on Tuesday to ask for holiday tips within the country.

Woods initially tweeted: "Hi. Where are the best beaches in Britain? Like very quiet, hidden gem type ones."

Her 680,000 followers quickly came to her aid, with countless stunning beaches being recommended by her adoring supporters. But it didn't take long for the Arsenal fan to receive her usual creepy comments.

One user appeared to try his luck at winning over the stunning ITV host by inviting her to his house. "Got a kids sand pit in my back garden?? Does this count?? Mrs is at work most days," he wrote.

Is Laura Woods currently the best football presenter? Let us know in the comments section.

But Woods was having none of it and hit back in her usual witty way, writing: "That’s what she says…"

The comeback seemed to be a hit as it racked up almost 3,000 likes. And fans were left in heaps of laughter as they responded with "Wow!! that comeback cracked me up" and "Why does anyone ever try to mess with her?" Another also classed it as "SAVAGE".

Woods, who has been named SJA Sports Presenter of the year on two occasions, is no stranger to receiving advances from fans. But she is more than capable of shutting down misogynistic comments from people who go too far on the social media platform.

She replied to a sexist troll who told her to "get back in the kitchen" in December by brilliantly responding: "Nothing screams 'I have a small penis' more than this old phrase. X."