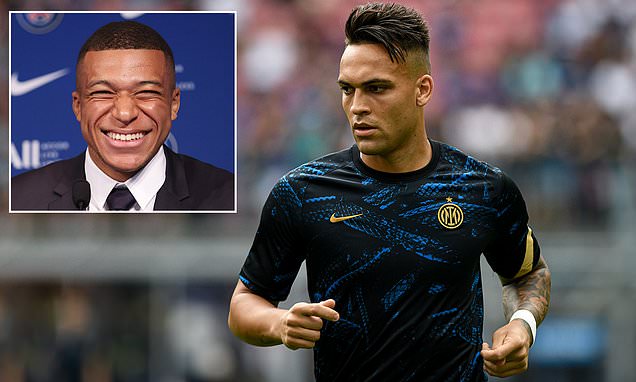 Inter Milan and Argentina striker Lautaro Martinez has hit back at ‘unfair’ comments made by French star Kylian Mbappe about South American football ahead of this year’s World Cup. 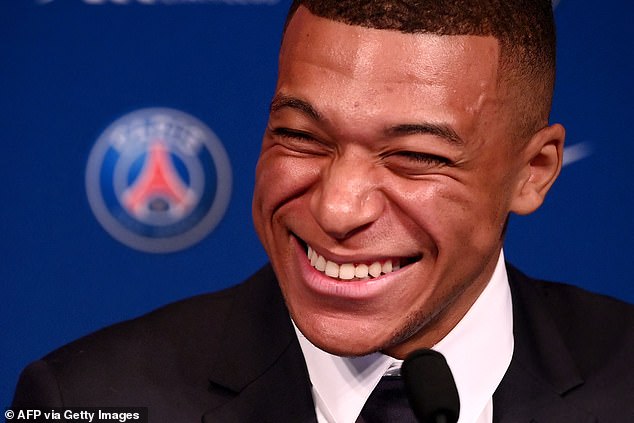 ‘In South America football isn’t as advanced as Europe. That’s why if you look at the last World Cups it’s always the Europeans that win.’

Martinez took issue with Mbappe’s comments and told TyC Sports that he was wide of the mark in his assessment of South American football.

‘Most of those of us who have been called up are in Europe and every day, even every training, you measure up against them,’ said Martinez.

‘That’s why I’ll say that we’re feeling good and working on the ideas the trainer asks of us. We are happy with how it’s working and what we’re doing on the field. ‘I saw what [Mbappe] said, but Argentina and Brazil have players of great quality and talent.

‘Brazil, just like us, has most of its players in Europe. I thought it was an unfair comment.’

Aston Villa goalkeeper Emiliano Martinez also responded to Mbappe, who made worldwide headlines by snubbing a move to Real Madrid in favour of signing a new £650,000-a-week deal at PSG.

‘Bolivia in La Paz, Ecuador with 30-degree celsius heat, Colombia where you can’t even breathe… they (in Europe) always play on perfect pitches and have no idea what South America is all about,’ he said.

‘Every time you travel with the national team you’ve got two days coming and going, you are exhausted and can’t train much.

‘When an England player goes to train they are at the ground in half an hour. Let them go to Bolivia, Colombia, Ecuador and see if it is that easy.’

The previous four World Cups have been won by European countries. Brazil are the last South American team to lift the famous trophy after they triumphed in 2002. 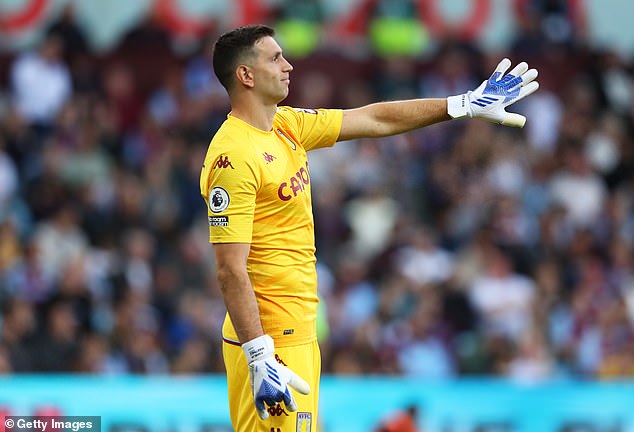