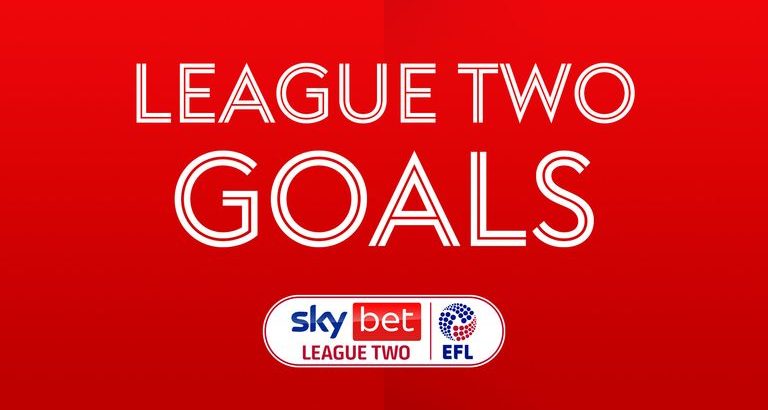 Grimsby described Stefan Payne’s sending off for headbutting team-mate Filipe Morais as “unforgivable” in a 1-0 defeat at Bradford while Cheltenham moved to the top of Sky Bet League Two.

The rock-bottom Mariners missed the chance to close the seven-point gap between themselves and 22nd-placed Colchester as Anthony O’Connor stuck three minutes before half-time to give the Bantams all three points.

But the big talking point came as the players headed to the tunnel at the end of the first half, when Payne and Morais’ clash led to the former being sent off in the dressing room after being followed by referee James Bell.

Grimsby tweeted Payne’s actions were “unforgivable” while Bradford commented the incident was “truly bizarre” and “crazy”. To add to the intrigue, Morais was substituted before the second half got under way.

Bradford, though, were able to preserve their advantage on an afternoon where the game between Port Vale and Morecambe had a 45-minute break in play midway through the first half because of snow at Vale Park.

Excessive snowfall at the ground led to referee Antony Coggins bringing the players off just before the half hour as a clear-up operation ensued. There was a lengthy delay but Vale sprung out the traps when play resumed.

Tom Conlon’s free-kick was headed into the net by Nathan Smith in the 34th minute and Vale held on to record a 1-0 victory – their sixth league triumph in a row.

Conor Thomas’ 31st-minute penalty lifted Cheltenham to a 1-0 victory over Leyton Orient that helped the Robins go to the summit after Cambridge were left stunned following a 4-1 home defeat to Exeter.

Ryan Bowman’s header and Jack Sparkes’ long-range effort put the play-off chasing Grecians two goals to the good within a quarter of an hour gone although Joe Ironside reduced the deficit 10 minutes after half-time.

But Archie Collins scrambled home midway through the second half before Matt Jay struck 10 minutes from time to help Exeter move to within one point of the top seven.

Bolton moved up into the automatic promotion places after coming from behind to beat Harrogate 2-1, with Tranmere dropping to fourth as they drew a blank in a goalless stalemate at Scunthorpe.

A Gethin Jones own goal put Harrogate ahead early on but Kieran Lee equalised soon after half-time before Eoin Doyle struck with 12 minutes remaining for the Trotters, who sit two points above Tranmere.

Offrande Zanzala’s penalty helped Carlisle to a 2-2 draw at struggling Barrow, who are now six points clear of danger. Jack Armer put Carlisle ahead and although Scott Quigley and Patrick Brough struck to lift Barrow into the lead, the spoils were shared after Zanzala converted from the spot.

Brandon Thomas-Asante and Ian Henderson scored as Salford edged to a 2-1 win over Stevenage, who had levelled through Luther Wildin, while Walsall beat slumping Forest Green by the same scoreline.

Rory Holden and James Clarke were on-target for the Saddlers, rendering Jordan Moore-Taylor’s goal a mere consolation for sixth-placed Rovers, who have now just taken one point from their last six matches.

Second-bottom Southend moved to within four points of safety after a goalless draw against Crawley.