That is according to former Premier League marksman Dean Ashton.

Leeds dropped out of the automatic promotion places following defeat to rivals Sheffield United before the international break.

The Blades leapfrogged Leeds into second and left Marcelo Bielsa’s side needing a quick turnaround.

A one-point deficit to their Yorkshire rivals is easily recovered, but Ashton believes Roofe’s absence leaves them at a disadvantage.

Ashton told Love Sport Radio: “I think it was a big result losing at home to Sheffield United and I wonder how much confidence that is going to give the players.

“Do they feel as though they can go on now and get that second spot or even become champions.

“How much of a knock has that given to Leeds? They have definitely missed Kemar Roofe.

“Norwich and Sheffield United have been able to keep their top-scorers fit and firing and that, at the moment, just gives them the edge in the race for automatic promotion.”

– Which player has been singled out for his performances this season?

– How will Roofe fit back in once fit?

– Which major transfer target have Leeds missed out on? 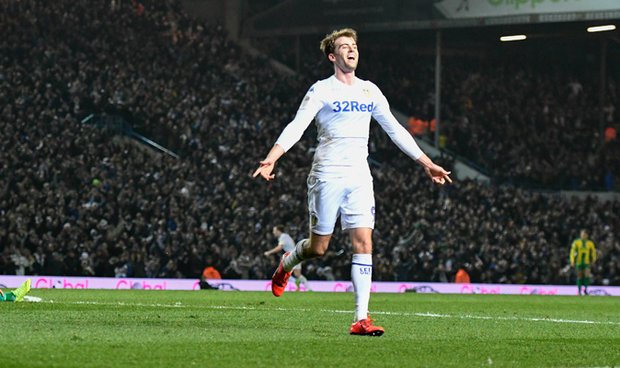 The battle for promotion to the top flight looks like going down to the wire, but Ashton believes the side who narrowly miss out will find it difficult to raise themselves for the play-offs.

He added: “You see it so often throughout the leagues that the third-placed team are deflated by not getting promoted.

“And a team that has been on a great run to finish sixth go up through the playoffs.

“It would be terrible for any of those three who have done so well this season to miss out at the end and I feel like it is going to go down to the last day.”