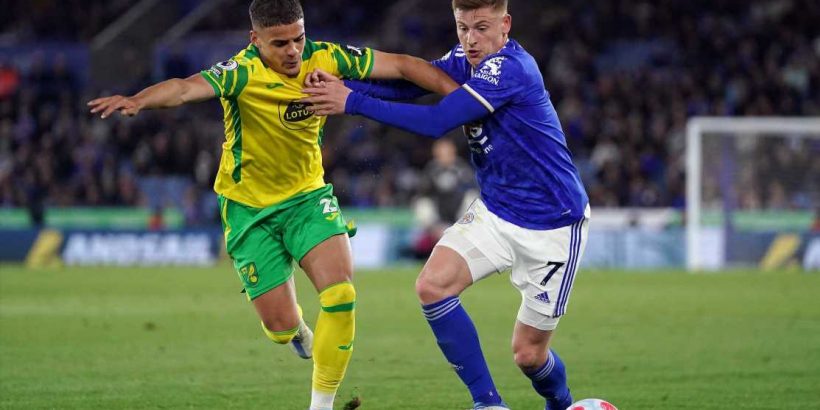 The Foxes cruised past Norwich 3-0 on Wednesday to return to the Premier League’s top 10.

It ended a seven-game winless streak for the Foxes, including losing their Europa Conference League semi-final to Roma 2-1 on aggregate.

Barnes set up Jamie Vardy for his second-half double before James Maddison added a third against his former club.

Barnes told LCFC TV: “It’s (confidence) something that we’ve always had, but when you’re on a difficult run, you need to keep believing as a team and keep creating and trying to get that goal.

“Sometimes it doesn’t come, but as long as you keep going and keep creating, a lot of the time it does. In the first half, we had to be patient. The goal wasn’t quite coming but we kept going, and in the second half it paid off.

“We were getting into good areas but not quite getting the finishing touch or the final pass wasn’t quite there. But then you saw in the second half that little bit of composure and quality in the final third, the passing and the finishes. We scored three good goals and got the result in the end.”

Relegated Norwich remain bottom after a 25th defeat of another wretched season in the top flight.

“It is another disappointing one from us,” goalkeeper Angus Gunn told the club’s official site. “In the first half we did put on a good show and we are probably a bit disappointed not to go in one or two up.

“They were putting a lot of pressure on us, but on the counter attack we did have a few really good chances, and if one of them goes in then it could have been a different story.

“We were obviously backs against the wall for quite a lot of the game, to be honest, but I felt pretty comfortable in the first half to go in with a clean sheet. Then the deflection for the first goal was not kind to us but those things happen in football.”