Leicester’s squad returned to the memorial for victims of the tragic helicopter crash on Friday morning as they laid down new wreaths which read ‘The Boss’ for owner Vichai Srivaddhanaprabha.

Srivaddhanaprabha died shortly after last Saturday’s 1-1 draw with West Ham when his helicopter crashed outside the King Power Stadium in an incident which also killed four others.

The squad, led by goalkeeper Kasper Schmiechel, continued to pay their respects before turning attentions to the weekend’s fixture as they carried seven newly-made wreaths which spelled out ‘The Boss’. 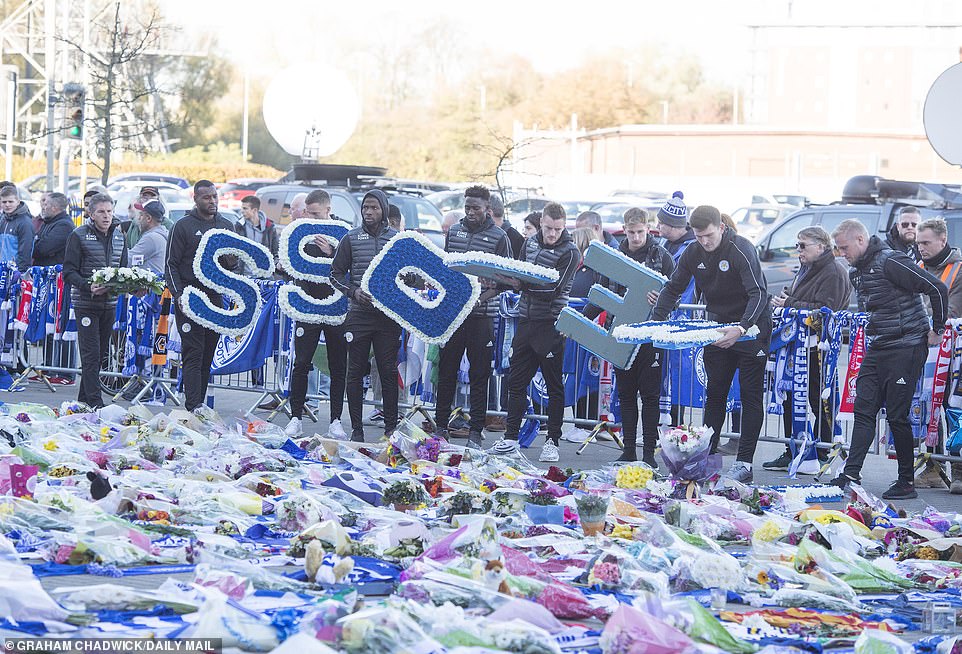 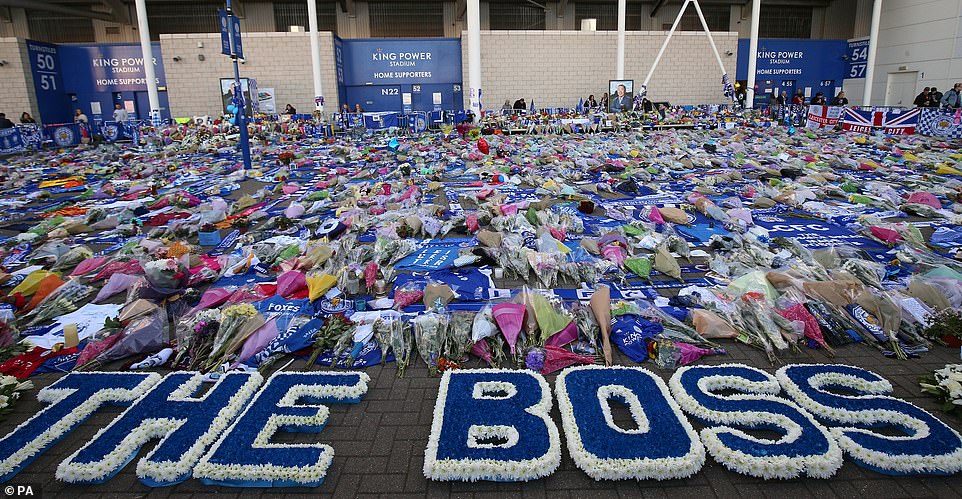 Players were visibly still very shocked at how events unfolded since their last match – the 1-1 home draw against West Ham.

Goalkeeper Schmeichel was particularly taken by the wealth of tributes from fans of all teams across the country as former boss Craig Shakespeare attended to pay his respects.

The Danish stopper was still at the ground in tears in the hours that passed after the crash and striker Jamie Vardy reflected on the ‘hardest week of my life’ on Friday morning.

Vardy told Sky Sports News: ‘I was just on my way home with my wife and kids when I got the news. I was shocked. You don’t really believe that it’s happened. 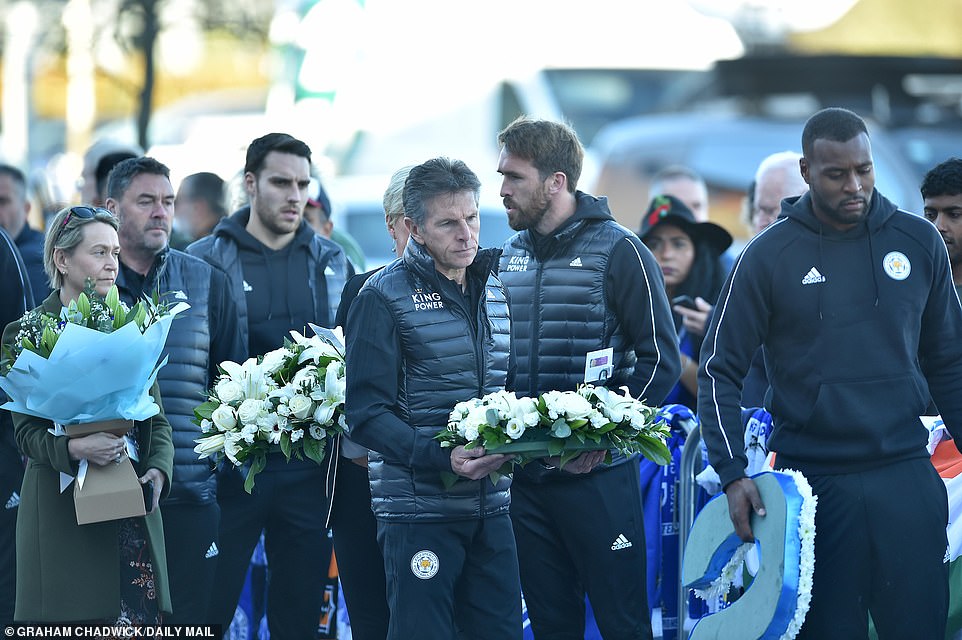 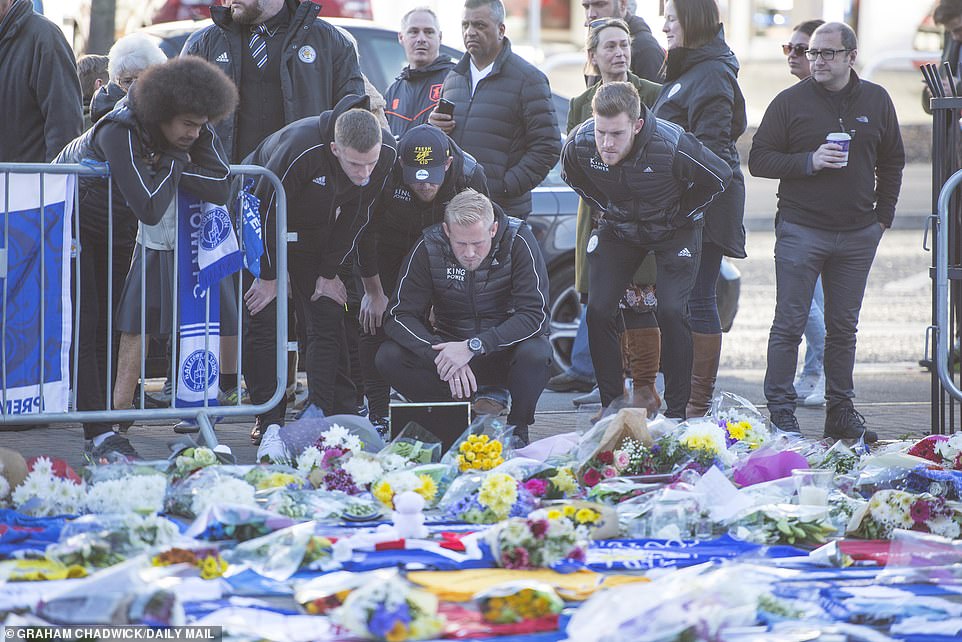 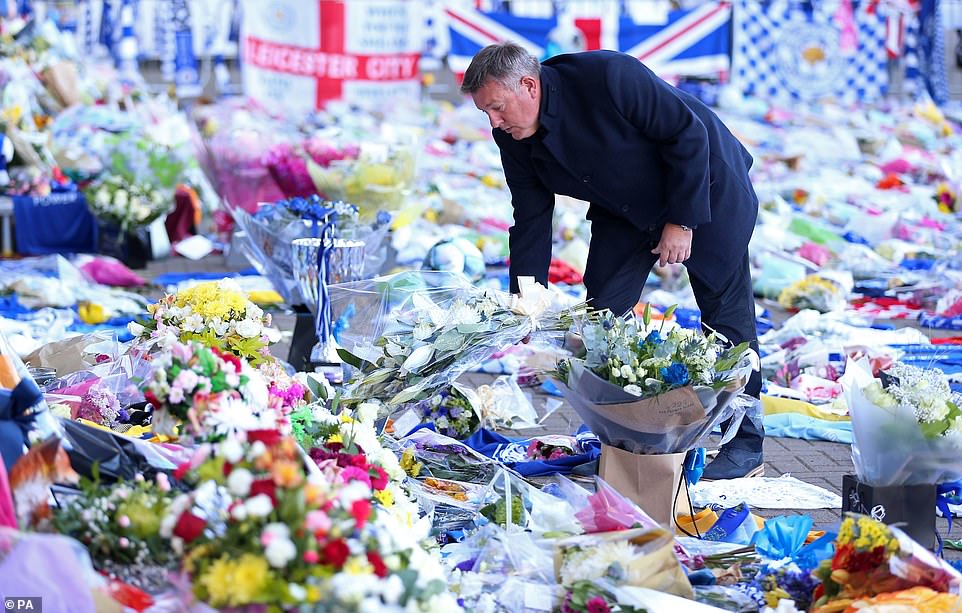 ‘Trying to get in touch with everyone, no one was picking their phones up or anything. That’s when I knew something was definitely wrong.’

But for Vardy, Saturday’s game is a chance to honour the owner’s name and channel the emotion to grind out a winning performance.

‘We know what we’ve got to do, we’re going to go out there and honour his name,’ Vardy said. ‘Put in a performance which will hopefully get the win. I know people are saying the result doesn’t matter but for us as lads, we want to try and make it a positive result.

‘It’s going to be tough, it’s going to be very emotional. But with the boys we’ve sat down, had a chat, and one thing we wanted to make sure, we played this game in honouring the man himself.

‘It’s been the hardest week of my life, it really has. Obviously we’ve got the support we need. And Top (Vichai’s son) himself, he knows whatever he needs, the lads and everyone around the city, everyone is with him. We need to make sure we continue that now.’ 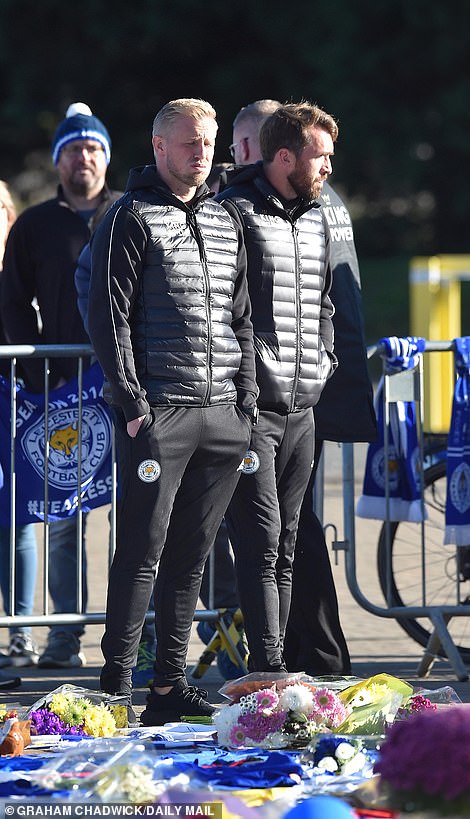 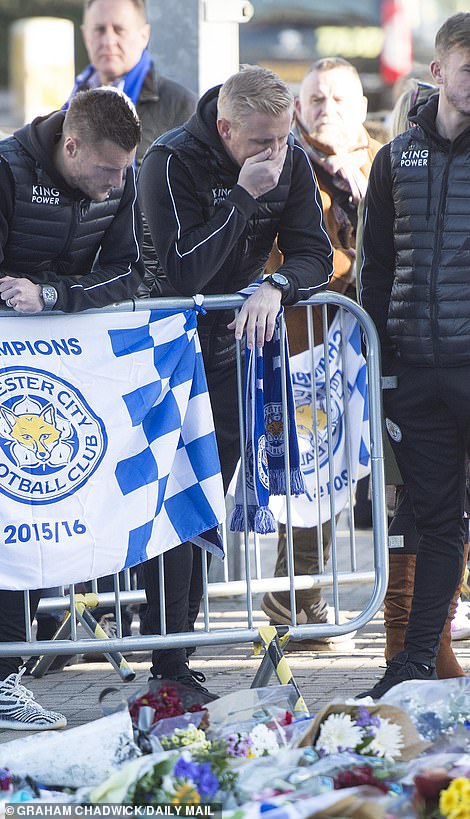 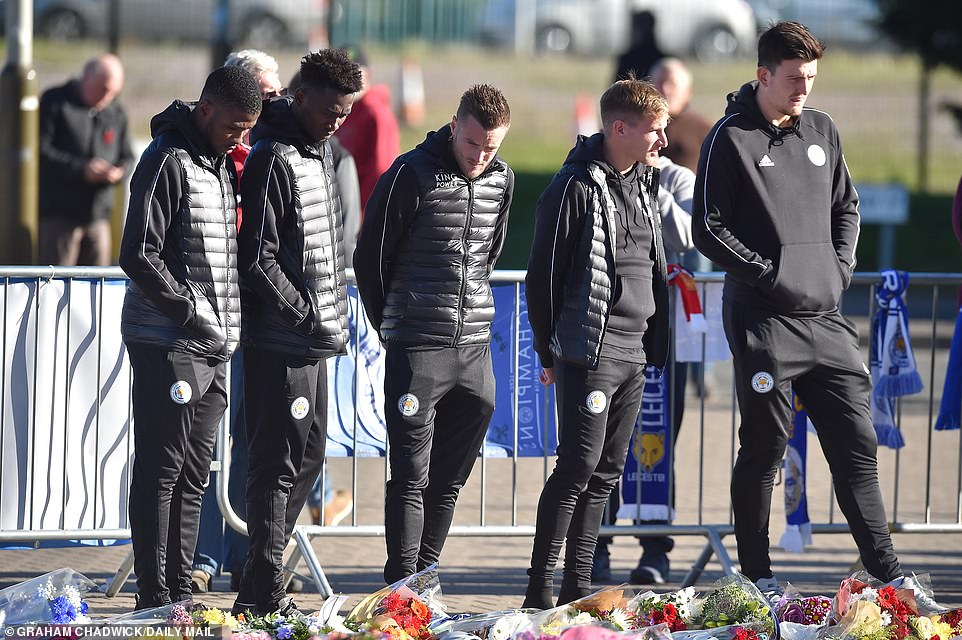 After cancelling their Carabao Cup tie on Tuesday, Leicester will play their first match since the disaster on Saturday 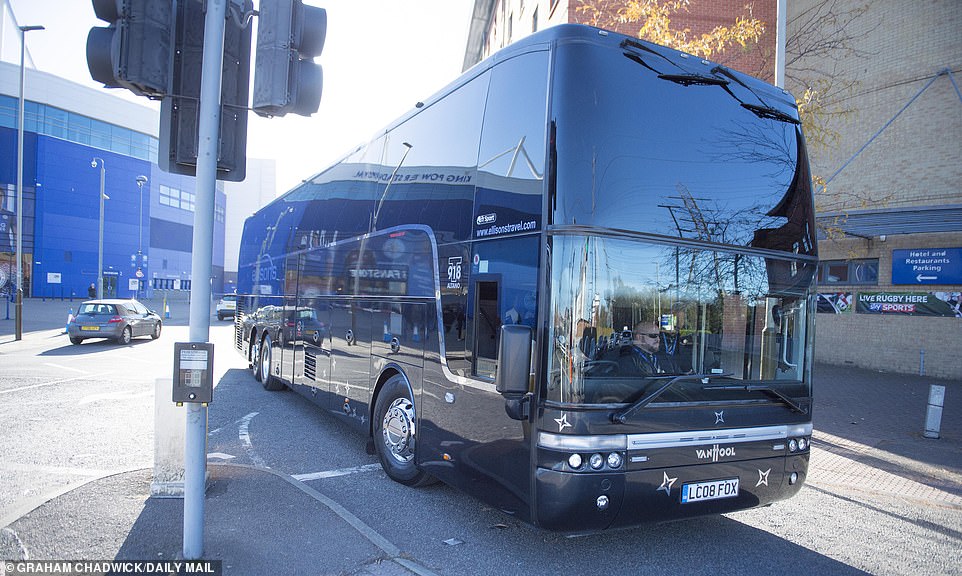 Having scrapped plans to fly to the game, Leicester’s squad took the coach to Wales as they prepare to face Cardiff City

After postponing the midweek Carabao Cup tie with Southampton, Leicester City will take to the field for the first time since the crash in their Premier League tie at Cardiff on Saturday.

The Foxes have already cancelled their flight plans to the Welsh capital after the helicopter crash and will drive to the game instead.

Cardiff fans have arranged to pass around a specially made flag before kick off which pays tribute to Srivaddhanaprabha, who helped the club to an unlikely Premier League title win in 2016.

The design will include the Thai flag, the badges of Leicester and Cardiff, and the words ‘RIP Vichai’.

Cardiff boss Neil Warnock said on Friday that he initially suspected the game would not go ahead but hopes both players can handle the emotional occasion.

‘Originally I didn’t think the game would go ahead, and if I’m totally honest I was hoping it wasn’t going to go ahead,’ Bluebirds boss Warnock said at his pre-match press conference.

‘Monday and Tuesday this week, it was too emotional. But I understand now where they are and I think it’s a good decision to go ahead with it now because you’ve got to move on and you’ve got to get people back to normality as soon as possible.

‘Their players and our players will appreciate they can give 90 minutes and get it out of their system.’ 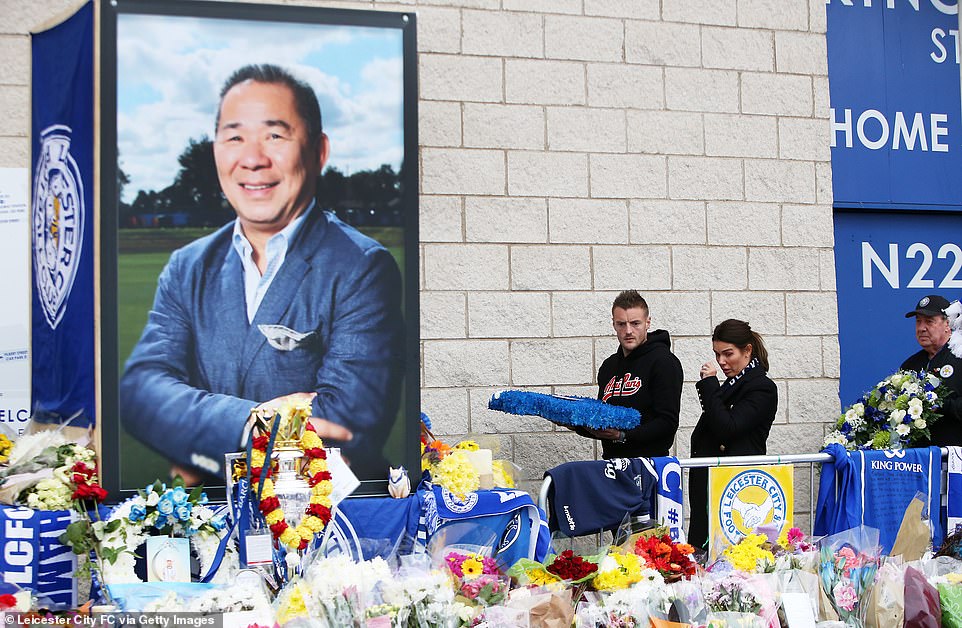 Srivaddhanaprabha, pictured (L) on a poster, died aged 60 on Saturday in the crash, as players now look to ‘honour’ his name 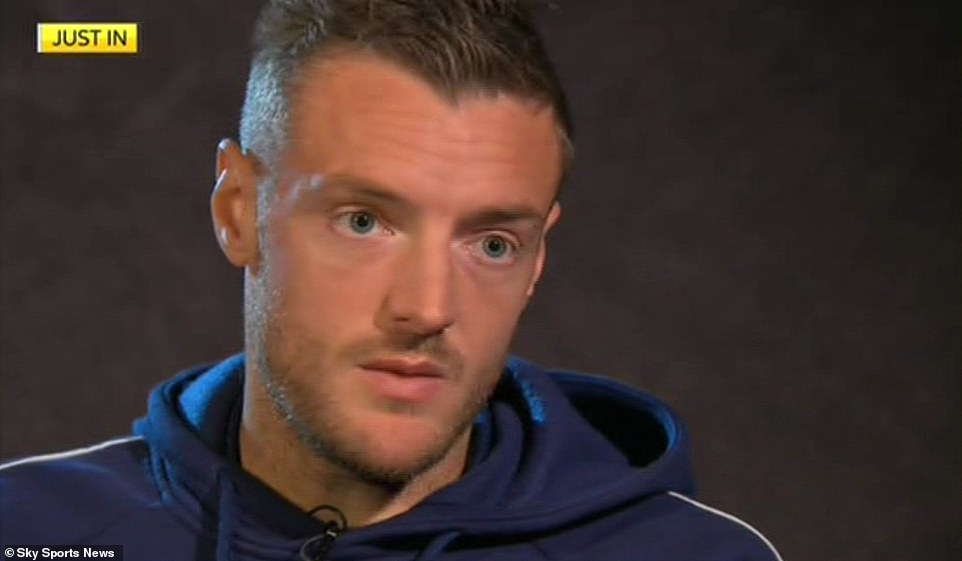