‘He was not well with a stomach problem’: Leicester boss Claude Puel reveals Jamie Vardy is struggling for fitness ahead of West Ham clash

Jamie Vardy is a major doubt for Leicester’s clash with West Ham.

The striker has been battling a stomach problem since withdrawing late on in Monday’s 3-1 defeat at Arsenal.

Vardy dashed off the pitch in the 87th minute, with Leicester unable to replace him having used all their substitutes. 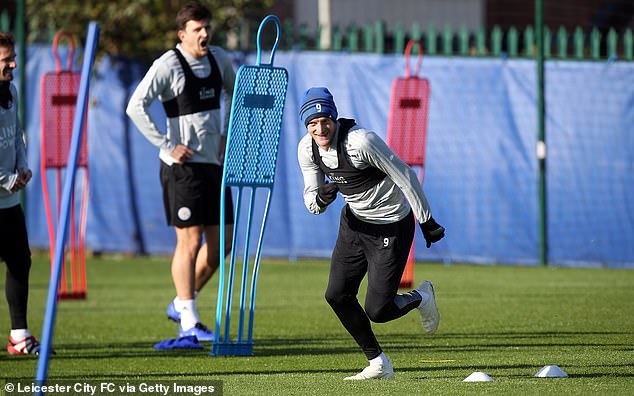 Jamie Vardy is a major doubt for Leicester’s clash with West Ham, Claude Puel has said 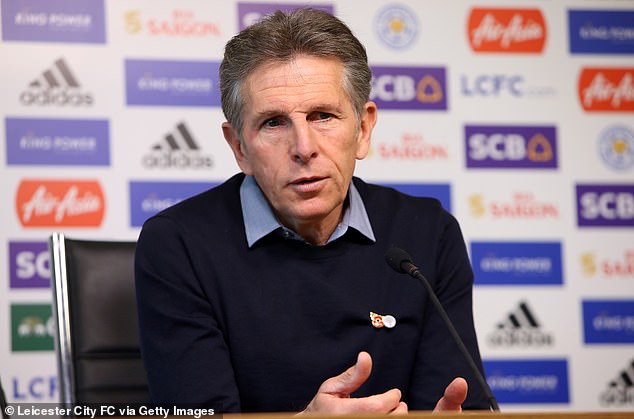 He has returned to training but will be assessed ahead of the Hammers’ visit.

Boss Claude Puel said: ‘For two days he was not well with a stomach problem – he came back to training today.

‘Of course he couldn’t finish the game on Monday so we’ll see how he is for this game.

‘We’ll monitor him in training and see if he can make progress. He had a problem but now it is more calm.’ 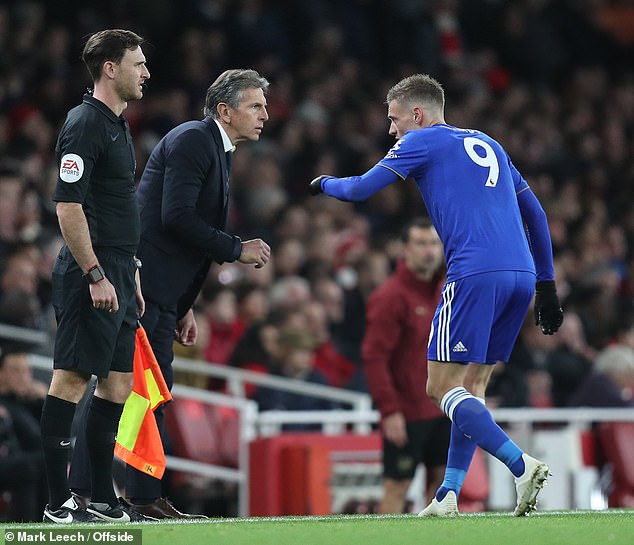 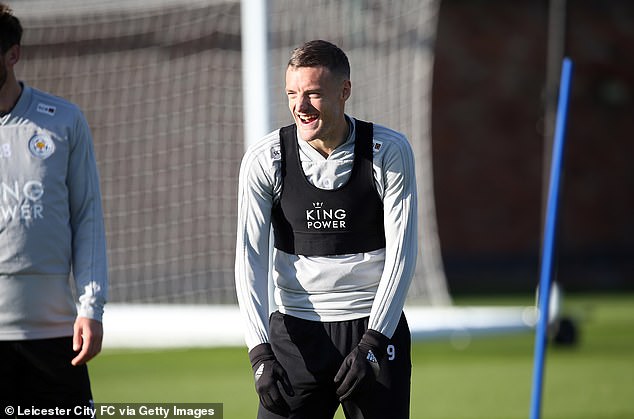 Puel is celebrating being in charge of the Foxes for a year having been appointed exactly 12 months ago following the sacking of Craig Shakespeare.

Leicester were 14th when Puel took over and his side are now 11th in the Premier League – five points off the top six.

‘One year in the Premier League is a long time for any manager at any club,’ he said.

‘It’s amazing to work with this squad, players, owners, directors and all the people at the club – many have been here for 15 to 20 years.

‘We have to continue to improve and develop the players and the team and the structure of the club. It’s very interesting for me. I think we can continue this good work.’

Wes Morgan serves the second and final game of his suspension after he was sent off against Everton earlier this month.

Demarai Gray (ankle) and Matty James (Achilles) remain out for the Foxes.