Leon Bailey has claimed that he turned down interest from a host of Premier League giants in order to continue his development as a player in Germany.

The Bayer Leverkusen winger attracted the attention of Manchester United, Manchester City, Chelsea and Liverpool over the summer following a series of electric displays in the Bundesliga during the 2017-18 campaign.

But with all four Premier League powerhouses keen on securing a big-money deal, Bailey has revealed that he rejected interest in favour of more game time at Leverkusen. 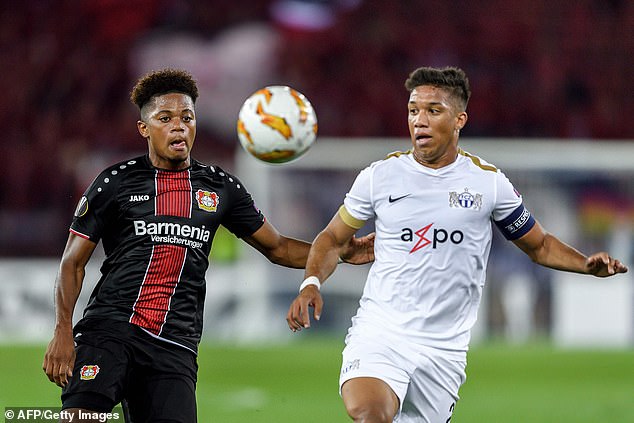 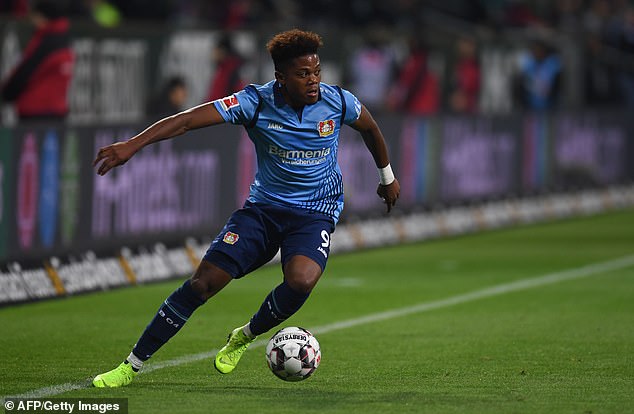 ‘Manchester United, City, Chelsea, Liverpool – a lot of clubs were interested,’ the Jamaican told Four Four Two. ‘But the most important thing as a pro is taking things a step at a time and not rushing to the top too quickly. Because once you get there, where do you go next?

‘I believe the right timing is important, and it was the right moment to be at Bayer Leverkusen. They are a tremendous club with so much history.

‘A lot of good players have come from there; they can get into the Champions League and are always doing well. So why not them? It was the perfect move for me and I’m happy I made it.

‘My focus isn’t really on moving anywhere yet. I’m just about what’s happening right now rather than what could happen in the future. I’m still learning.’

After a breakthrough campaign last time around where he amassed nine goals and six assists, the 21-year-old has enjoyed a significantly quieter start to the new season. 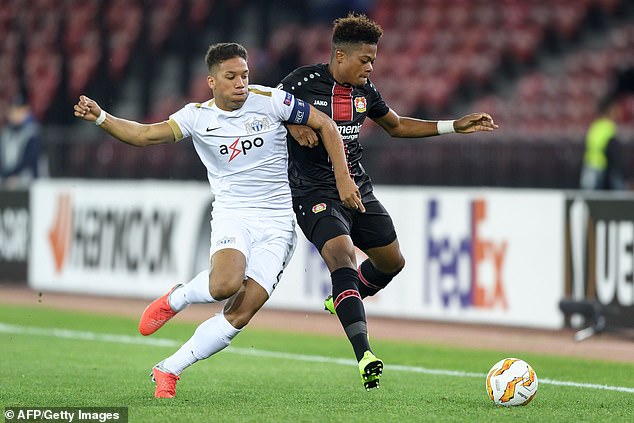 After a breakthrough campaign, the winger (right) has endured a quieter start this time around

He has scored just once in 13 appearances in an underwhelming opening to the campaign for both club and player, with Leverkusen also 13th in the table.

Bailey sparked controversy last month when he refused to play for Jamaica.

Also eligible for Germany and Belgium, the wide man had appeared to finally pin his colours to the mast by accepting a call-up for their clash with Bonaire.

But he pulled out of the game over the alleged failure of Jamaican Football Federation to honour an agreement to call up his younger brother, Kyle Butler.

‘Obviously, I came to Jamaica because of the international call-up,’ he told the Jamaica Gleaner.

‘I did agree to come based on the agreement we had. But when I got here, it was a totally different scenario.

‘They didn’t keep their end (of the deal), therefore, I decided not to play this game.

‘I am here for one reason: to represent the country. But they didn’t keep their end. Once they are willing to do that, I am ready to put on the national team jersey.

‘By this November, if they are willing to go ahead with whatever we’ve asked of them, I’ll be ready to represent my country.’

Bailey was also linked with a shock call-up to the England squad by virtue of his grandparents, but he those hopes have since been dashed.