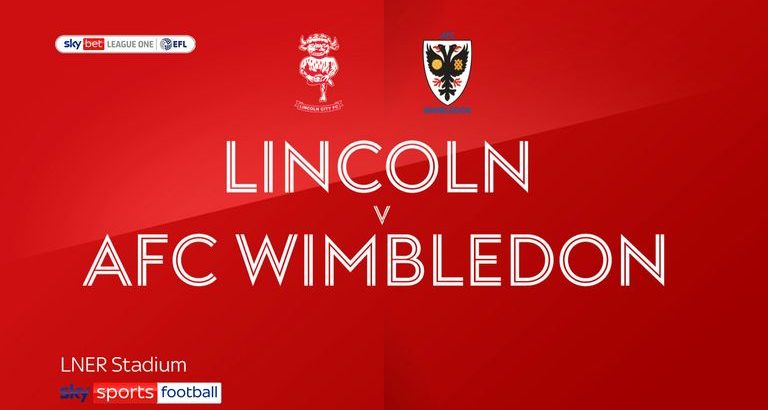 Lincoln will face Sunderland in the Sky Bet League One play-off semi-finals after being held to a goalless draw by AFC Wimbledon on the final day of the regular season.

The result meant the Imps finished the campaign in fifth, one place below Sunderland, who drew 1-1 at home to relegated Northampton.

Lincoln had the best chances in a largely uneventful first half.

Later in the half, Johnson saw an effort ruled out for offside while Tom Hopper dragged a shot wide after a slick City move.

The Dons gave as good as they got, though, and almost took the lead in first-half added time when George Dobson fired just wide from the edge of the box.

The second half followed a similar pattern, with Johnson and Jorge Grant having the best efforts.

Johnson produced a great turn as he broke into the box, only to be denied by Tzanev.

The loose ball broke to Grant on the edge of the box but he was also repelled by the Dons keeper.