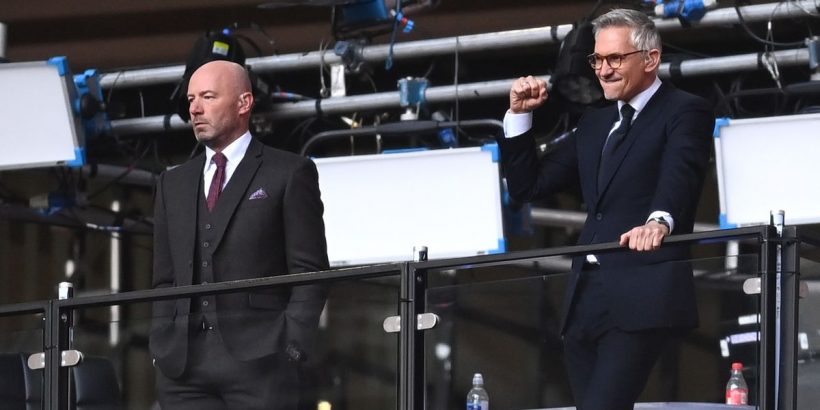 Gary Lineker called upon his co-host Alan Shearer to 'save him' following Leicester City'sFA Cup triumph over Chelsea on Saturday evening.

Youri Tielemans secured Leicester their first-ever FA Cup trophy with a 30-yard-howitzer that left Chelsea's keeper, Kepa Arrizabalaga, with no chance as it nestled in the top left corner.

It was the fourth time Leicester have made it to the FA Cup final and the first time since 1969, however, the Foxes had yet to lift the trophy in their 137-year-history.

Chelsea went into the game as favourites, however, the Foxes are used to beating the odds, and the triumph left Lineker emotional. "Wow, they've done it," the former Barcelona striker croaked on BT Sport after the full-time whistle.

Lineker was born in Leicester, and he represented his home side for almost a decade; he made 194 appearances, scoring 95 goals. He continued: "My dad went to all four finals, I wish he was still here. I hope he's watching somewhere, I hope so."

Lineker hasn't been afraid to hide his affiliation to Leicester in recent years, and he even wore boxer shorts on Match of the Day to celebrate their Premier League triumph.

The Foxes attention will now turn to Tuesday evening, when they face Chelsea again with both in the hunt for a Champions League spot.