Lionel Messi KEEPS Barcelona captaincy despite asking for a transfer away from the Camp Nou this summer… with Ronald Koeman sticking with four captains policy involving Sergio Busquets, Gerard Pique and Sergi Roberto

Lionel Messi will stay on as Barcelona captain this season, the club have confirmed on Saturday.

The Argentine asked for a transfer away from the Camp Nou three weeks ago, but then performed a dramatic U-turn when it became apparent he could not leave via a free transfer.

Yet despite the chaotic period, the 33-year-old will keep the armband under new manager Ronald Koeman this season, with Sergio Busquets, Gerard Pique and Sergi Roberto his deputies. 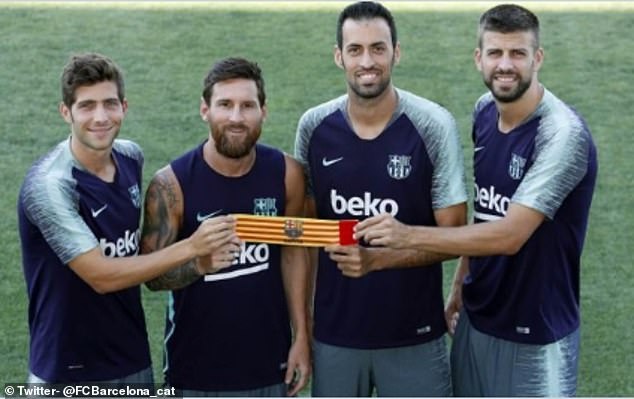 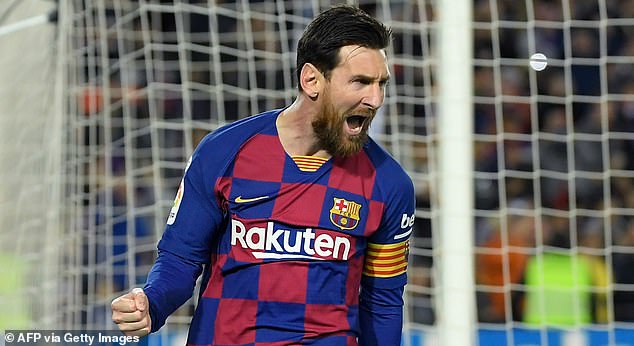 Barcelona announced in a statement on Saturday, alongside a photo of all four players: ‘For the third consecutive season, the four wearers of the armband will be Leo Messi, Sergio Busquets, Gerard Piqué and Sergi Roberto, in that order.

‘Since the departure of Andrés Iniesta in 2018, the Argentine star has been in charge of leading the Barça team.

‘The number 10 faces his 17th season in the first team and the third as first captain.’

Messi shocked the football world at the end of August when he made it known to the Barcelona boardroom that he wanted a new challenge. The Argentine legend, who has only ever played for Barcelona, was unhappy with the leadership of the club from president Josep Bartomeu.

However, not long after, Messi reversed his decision when it became apparent that any club wanting to buy him would have to meet a staggering £630m release clause in his contract, with a free transfer not an option.

As such, Messi decided to stay at the club but does look set to leave upon the expiration of his contract next summer.