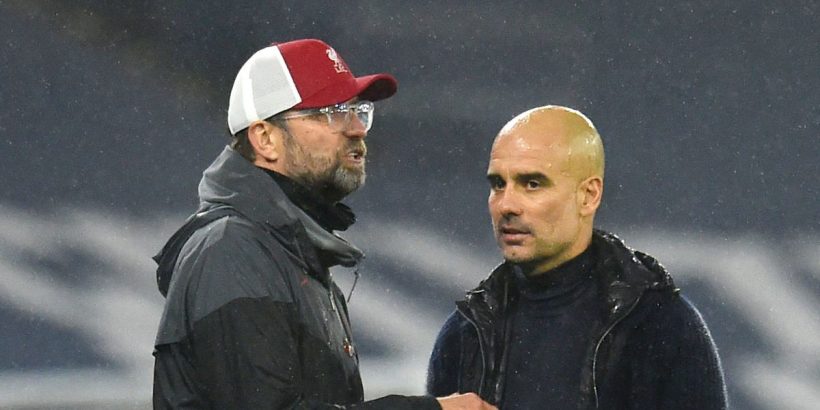 Liverpool and Manchester City are set to miss out on signing Saul Niguez and Antoine Griezmann respectively, with the pair set to be involved in a swap deal themselves.

The Reds have been linked with Atletico Madrid midfielder Saul as a replacement for PSG-bound Georginio Wijnaldum.

The arrival of Rodrigo de Paul in the Spanish capital has appeared to pave the way for Saul to leave Atleti.

But it doesn't look like his destination will be Liverpool, but Barcelona after latest developments from Catalonia.

In a bid to lower their wage bill, Barca are willing to allow France forward and big earner Griezmann to leave.

And he could be set for a sensational return to the Wanda Metropolitano Stadium just two years after splashing a whopping £107m on his release clause to bring the 30-year-old to the Nou Camp, according to COPE (via Barca Buzz).

That would end Pep Guardiola's pursuit to bring Griezmann to the Etihad, leaving him to look elsewhere for a new striker.

Liverpool manager Jurgen Klopp appeared to be relaxed about the activity in the transfer market this summer, admitting he wouldn't stand in the way of players who want to leave, but confirming things were looking good ahead of next season following the arrival of defender Ibrahima Konate from RB Leipzig.

Who should Liverpool sign this summer? Let us know in the comments section

Klopp said: “I’m really not in a rush about that. If somebody wants to leave, he can come to me and can tell me and then I think about it.

“Nobody came so far, so obviously no rush from the players’ side as well.

"The market anyway is a really calm one in the moment, I think.

"There was [Jadon] Sancho and maybe somebody else, OK, Konate we did that early, but it’s a really calm window.

“Let’s see what happens and all of these things, but in the moment, everybody has the chance to impress me and I hope they do.”