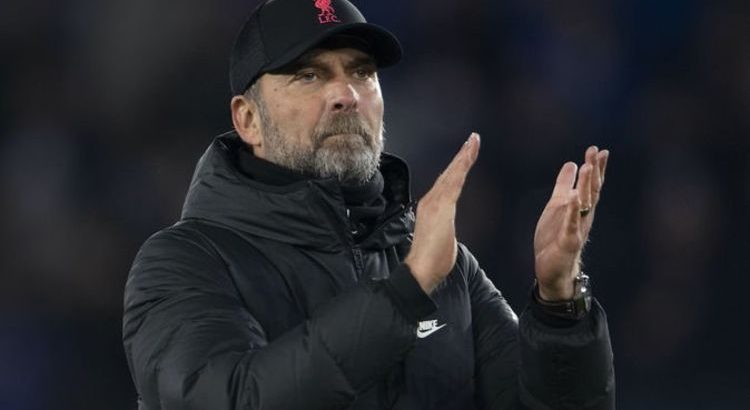 Liverpool have been linked with moves for several names already this window and the latest to add to that list is Sevilla defender Jules Kounde. According to El Nacional, Liverpool are reportedly willing to meet Kounde’s £68.5million release clause, which could see the defender move to Anfield this month.

Kounde, 23, has developed into one of the best central defenders in LaLiga under Julen Lopetegui following his move from French side Bordeaux in 2019.

A calm and composed player on the ball, Kounde has already earned himself seven caps for France under Didier Deschamps.

But while Kounde is undeniably a talented individual who seems destined for a move to one of European football’s elite clubs, perhaps the funds would be better spent elsewhere.

The reported fee of £68.5m is a hefty one and would see the Frenchman become one of the most expensive defenders in footballing history.

Jurgen Klopp has undeniably struggled with injuries to his backline in recent seasons, with all of Virgil van Dijk, Joe Gomez, and Joel Matip facing lengthy spells on the sidelines.

But the defence that Klopp has available at his disposal has already earned his side their first title in 30 long years, as well as Champions League glory in 2019.

And such trophies couldn’t be won without a defence as strong as Liverpool have at full strength.

While defensive vulnerabilities have been mentioned as a problem for Klopp’s side this season, it’s easy to forget that the German boss has once again struggled with injuries and COVID-19 absentees this season.

What Lyon have told Chelsea in Emerson Palmieri recall talks

Even after all that, Liverpool have still only conceded 18 goals in their 20 league matches so far in the current campaign.

Such a move for Kounde would also bring into question the arrival of Ibrahima Konate, the £35m arrival from RB Leipzig in the summer.

As Klopp’s only signing in the previous window, many had high hopes for the 22-year-old and thought he would become the regular partner alongside van Dijk in the centre of defence.

But Konate has been given fewer opportunities to impress than many would have perhaps imagined at this stage of his Liverpool career.

And should Kounde arrive at Anfield, then it is only likely to lead to even less chances for the former Leipzig defender.

While Kounde undeniably seems a good deal on paper, those funds would arguably be better utilised in other areas of the pitch.