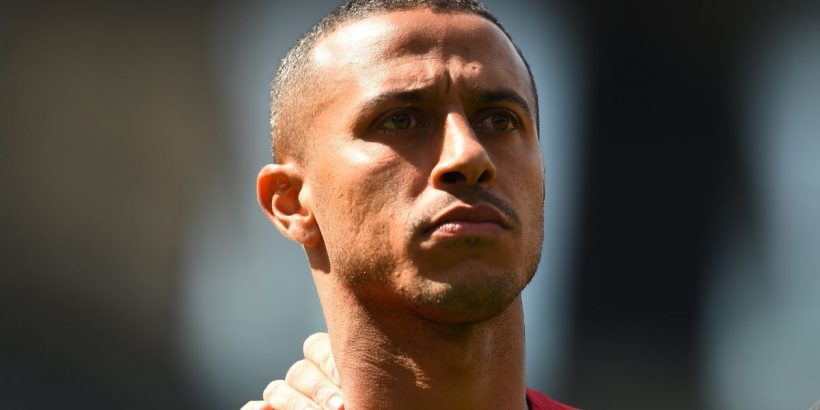 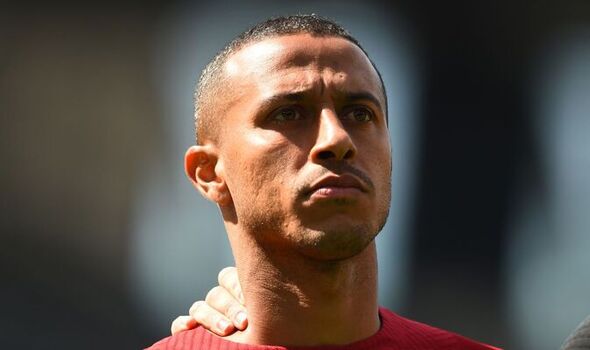 Jurgen Klopp says Liverpool will only sign a central midfielder this summer if it makes sense for the club on a long-term basis after Thiago Alcantara limped off with another injury problem. The Reds are already down to bare bones in the middle of the park after also losing Curtis Jones and Alex Oxlade-Chamberlain to injury, plus Naby Keita to illness.

Thiago was forced off the pitch with a suspected hamstring injury with the Spaniard now in line for a potential lay-off.

Yet still, Klopp is refusing to talk up the prospect of signing another midfielder, even though his numbers have been significantly weakened.

He said post-match during his press conference: “We said we don’t need a midfielder because we have enough and we do have enough.

“Now we’ve been punished for something that isn’t our responsibility. 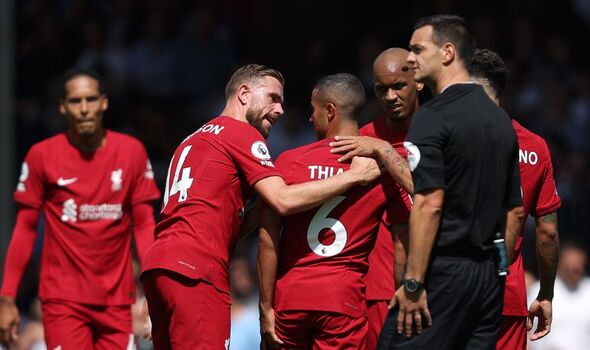 “Things like this can happen. Nobody can imagine the thing that happened to Curtis – it was kind of a stress reaction.

“Naby is only ill, he won’t definitely be back next week either.

“Oxlade it happened early and now with Thiago, it’s of course not good.

“Look, a transfer must make sense now and in the long-term. We have eight midfielders, it’s not as if we like midfielders, we still have enough but some of them are injured.

“Part of the business is not getting nervous but this is not a good situation, I don’t like it at all.

“We have to see how react on that but for sure, there will be no panic.”

Liverpool are expected to keep their composure and hang fire on the signing of a new midfielder until 2023 – when they could make a big push for Jude Bellingham.

Klopp had previously hinted the Reds put the feelers out for the England international, when he claimed Bellingham was not available this summer.

“He’s not on the market, so that’s the first problem with that player,” Klopp said while away in Thailand on Liverpool’s pre-season tour.

“Well, that’s the only problem with that player!

“I don’t think something will happen in midfield, but you never know. If somebody comes to you and says ‘I want to go’, then…

“Nobody came to me yet – but if that happens then we have to talk new.”

Liverpool had to come from behind twice to snatch a point at Fulham, who held the Reds to a 2-2 draw in west London.

Darwin Nunez got off the mark with his first Liverpool league goal while Mohamed Salah was also on target 10 minutes from time.