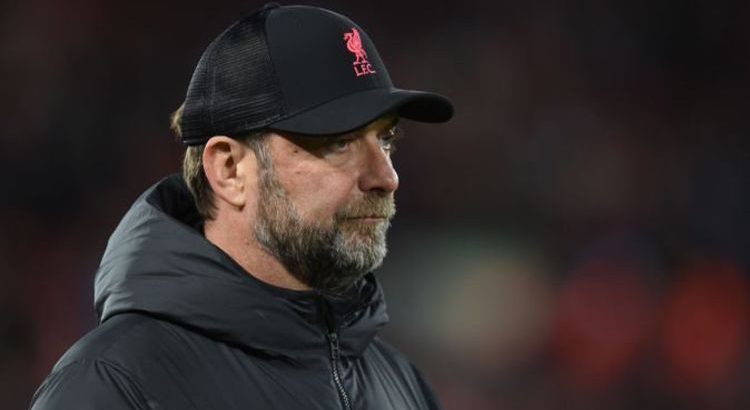 “I didn’t call it a ‘little continent,’” Klopp hissed after watching his side cruise to a 2-0 victory over Porto in the Champions League on Wednesday night.

“What I meant was, I said there’s no international break until March – a little tournament in January.

“I just meant it’s ironic. A big one – we lose our best players for the tournament.

“I am not a native speaker but if you want to misunderstand me, it was not my intention. You made something more of it. That is not too cool.”

The Reds are set to lose Mohamed Salah, Sadio Mane and Naby Keita when the African Cup of Nations gets underway in January.

And Klopp will be hoping the trio’s absence doesn’t wreak havoc on his side’s season.

Thiago opened the scoring seven minutes into the second half as he drilled a rasping effort into the bottom corner from 25 yards out.

And Mohamed Salah wrapped up the victory with 20 minutes remaining as he cut in from the right, beat his opposite man and thrashed the ball into the back of the net.

The Reds had already qualified as group winners after winning their opening four games of the competition before Wednesday night’s game.

And Klopp rested a number of his star players for the encounter, although the likes of Alisson, Mane and Salah all started.

But the Reds boss was rewarded as he got the result he was looking for.

“It was good – we could have done better and been more calm in the first half but we were a bit hectic,” continued Klopp.

“That is not unusual when you put a team out that has not played together a lot.

“Some people think we might play an easy game but we were not here for that – Anfield is sold out so we want to go [for it].”

Liverpool are now a staggering 10-points clear at the top of their Champions League group.

And they could complete a clean sweep when they travel to AC Milan in their final encounter next month.

The Italian side can still qualify for the knockout stages, as can Porto and Atletico Madrid.