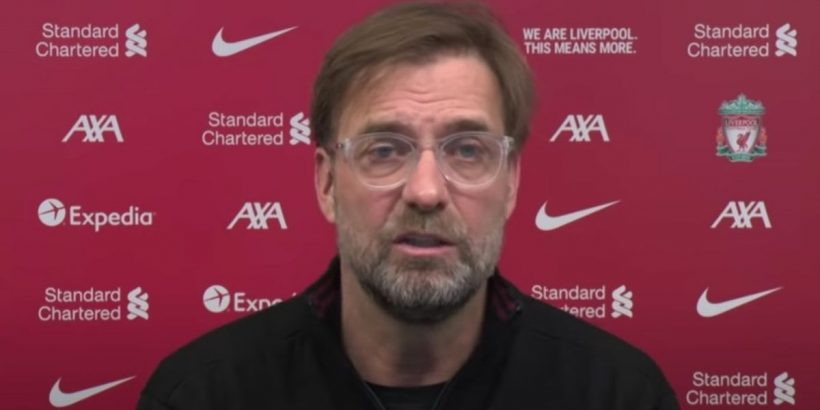 Jurgen Klopp heaped praise on Paul Pogba for his display in Manchester United's rout of Roma – and said he expects the Frenchman to start again against Liverpool.

Pogba grabbed a goal as United thrashed the Serie A side 6-2 on Thursday night to put on foot in the Europa League final.

Although he is a natural central midfielder, the World Cup winner lined up on the left wing for the first-leg clash.

It is a role Ole Gunnar Solskjaer has increasingly entrusted to him over the course of the season, to excellent effect so far.

And Klopp picked out Pogba as one of the key men in the stunning performance ahead of Liverpool's trip to Old Trafford on Sunday.

"Is (Marcus) Rashford on the wing or is it Pogba? Obviously Pogba played again a really good game last night," said the Reds boss.

"Who we will face is pretty clear. They cannot make massive changes and probably will not make if they had no injuries last night. I think that’s clear."

Is Paul Pogba the best midfielder in the Premier League? Have your say in the comments.

"I think 75 per cent of the team is the same team playing most of the games. Last line, midfield pretty much, Fred, (Scott) McTominay, maybe (Nemanja) Matic comes in.

"Then the four up front. (Bruno) Fernandes is playing pretty much all games and the other three he can change from time to time."

With Klopp anticipating a full-strength Red Devils outfit, he knows Liverpool face a mammoth task to overcome their bitter rivals.

"Of course, a very tough game. Very tense game for both teams. We could see last night Manchester United playing and they’re good," said the German.

"After the half-time talk they were really flying. It’s a tough one. I’m sure United still believe in their chance [to catch Man City] and it’ll be a game with two teams trying to win.

"This is a good start for a football game, I would say. Both teams have to win it so a good recipe for a game as well. So let’s see what we can make of that."