Liverpool are preparing for the worst following Virgil van Dijk’s knee injury in yesterday’s Merseyside derby. The Dutchman was forced off after just 10 minutes following a full-blooded challenge from Jordan Pickford.

The Everton goalkeeper lunged into Van Dijk as he attempted to block the ball following a lofted pass to the back post.

Although Van Dijk was marginally offside, the Reds were furious that the tackle was not reviewed by VAR official David Coote.

Nonetheless, the Liverpool centre-back was unable to continue and was sent for a scan alongside teammate Thiago Alcantara after the 2-2 draw.

While there has been no official confirmation from the Premier League champions, the feeling from the club is that the injury is potentially serious. 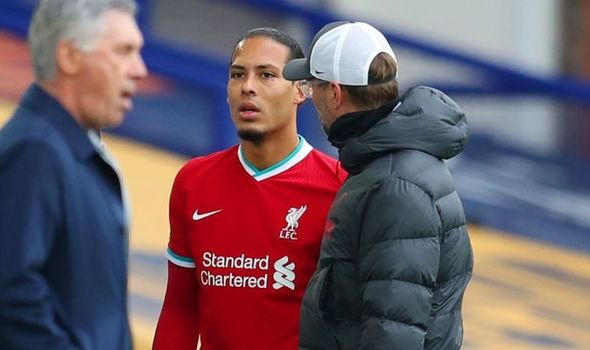 But should their worst fears be realised, Jurgen Klopp will find small consolation in that Fabinho can step up the plate at the heart of defence.

Liverpool made the decision not to sign a fourth centre-back after letting Dejan Lovren leave for Zenit St Petersburg.

Ben White and Ozan Kabak were considered but eventually Liverpool decided to stick with their guns.

Injuries earlier this season saw Klopp call upon Fabinho in a makeshift role alongside Van Dijk.

The Brazilian managed to keep Timo Werner and Chelsea at bay and has also marshalled Liverpool to a clean sheet in the Champions League against Bayern Munich in 2019.

His most recent defensive performance did not come as a surprise to his teammate and compatriot Alisson, though.

“He [Fabinho] was a monster! Unbelievable, but it’s what I expect of him,” Alisson said.

“If it’s a surprise for you I would be surprised, because he is a top player. Anywhere he played, from number six or centre back, he always does his best and his quality permits him to play in different positions.” 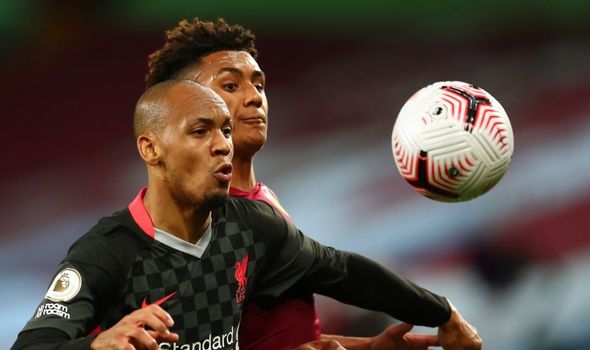 Should Thiago get the all clear from medics, his arrival allows Fabinho to drop into the backline if required.

He is a natural leader and would need no second invitation to bark out orders to Joe Gomez or Joel Matip.

While both are solid defenders, neither seem ready to take charge at the back in the absence of Van Dijk.

Klopp will be hoping he can call upon Van Dijk again this season and with any luck that will be as soon as possible.

Many feel the defender’s injury has blown the title race wide open and while that may be true, Fabinho has the quality to flourish in his absence and ensure Liverpool do not lose their way.