Liverpool have been urged to sign a new goalkeeper with Alisson facing a spell on the sidelines at Anfield. A number of names have been mentioned including Jack Butland but Kevin Phillips believes former Manchester United man Ben Foster would be the perfect addition.

Phillips believes the former England international is a safe pair of hands and would be a good signing.

Liverpool are currently relying on Adrian in goal with some reports claiming Alisson could miss six weeks of action.

That could lead Klopp to making an emergency signing as either cover for the former West Ham shot stopper or to start in his place.

Phillips believes Foster would be the best possible signing for the Premier League champions. 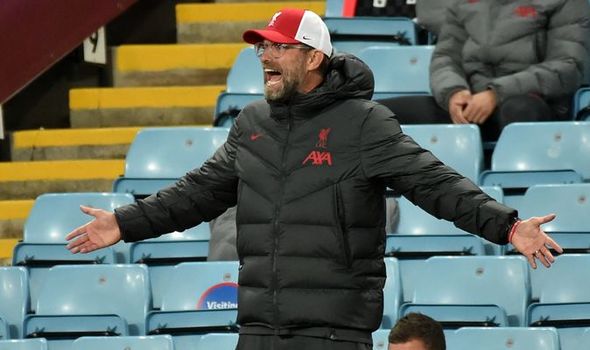 Phillips told Football Insider: “If I was Jurgen Klopp, I would go for Ben Foster.

“If you put me on the spot. Give me Ben Foster any day of the week.

“He was outstanding for Watford last season, even though they went down. Foster is a safe pair of hands, even at his age.

“I would pick him over Jack Butland. Foster has been far more consistent and has the greater experience as well.”

DON’T MISS
Man Utd line up if Pochettino replaces Solskjaer and signs three stars [COMMENT]
Michael Schumacher health: Is Schumacher awake? Is he in a coma? [NEWS]
Man Utd new signing Pellistri has already opened up on next club [QUOTES]

Meanwhile, ahead of the international break, Jordan Henderson opened up on his fitness after overcoming injury problems at Liverpool in recent months.

“I’m just turned 30 and I still feel about 25 physically and I feel as good as I’ve ever felt,” he said.

“I’m at a good point in my career in terms of my experience and physically there’s not even a question about anything like that at the moment.

“I want to try to play as long as possible. I still love the game and I want to play for England and Liverpool as long as I can. 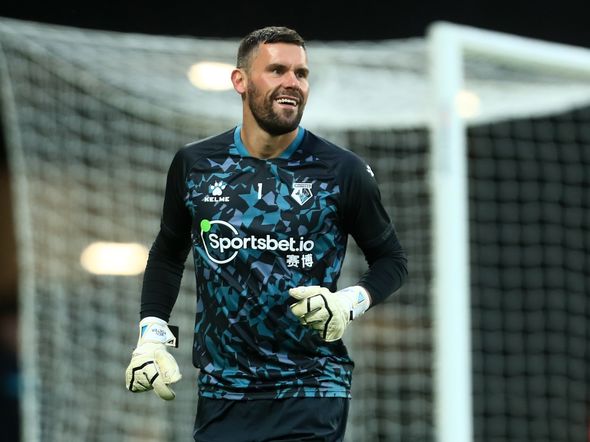 “I’ve always lived my life the right way in terms of doing everything right, eat the right things, sleep right and live my life the best way. So even in the next six or seven years I should hopefully be able to perform at the highest level.

“At the minute I feel physically very good and feel I am at a good part of my career in terms of the balance of experience I’ve had in the last 10 years but also I feel very strong.

“I was a bit unfortunate to pick up the knock I did at the end of last season with a bit of a bizarre challenge, which I picked up my knee injury, but I rehabbed well and feel really good now.”

Liverpool return to Premier League action on Saturday when they take on Everton in the first Merseyside derby of the season.