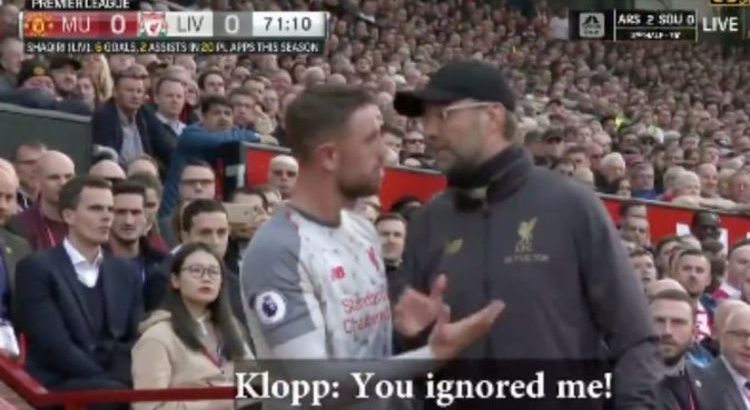 Liverpool: Klopp says 'everything will be fine' with Sadio Mane

As far as Jurgen Klopp is concerned it will be all love between him and Sadio Mane when he pulls the forward for a brief chat this afternoon at Kirkby. The German simply smiled last night at Old Trafford when quizzed on why Mane snubbed the chance to shake his manager’s hand after the full-time whistle.

Although Liverpool had recorded arguably their most important Premier League win of the season, Mane was evidently frustrated.

Klopp explained that he’d made a late change to the lineup following Wednesday’s training session, as Mane dropped to the bench.

He played just the final 16 minutes of action and clearly did not feel like part of the momentous victory.

That’s why he shook his head and stropped as Klopp reached out his hand last night on the Old Trafford turf. 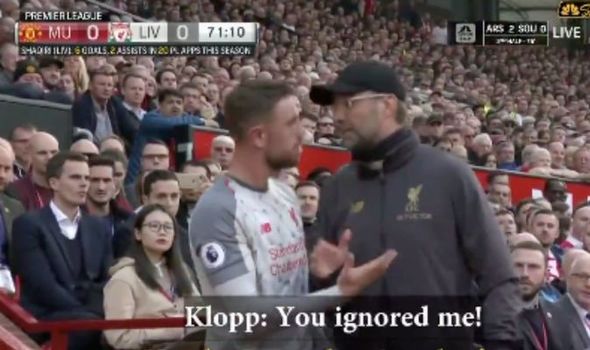 The Liverpool boss simply considers the case closed and made it clear he will not judge Mane for his action.

He said earlier today: “If somebody shows me five million times respect and one time not, what is more important? The world is then in the situation when it makes the one time bigger than is necessary. That’s unfortunately the case.

“I am completely relaxed about it. If you had seen me as a player and what I did out of emotion, it was insane and I’m a completely normal guy. We will talk about it and it will be sorted.”

Yet if Liverpool supporters needed further reassurance that this was nothing more than a lovers’ tiff, they may recall a certain incident involving captain Jordan Henderson.

Back in March 2019 when the stakes in the title race were high, Liverpool were held to a 0-0 draw at Old Trafford by United.

Klopp reacted angrily when he felt Henderson ignored a handshake and confronted his midfielder for an explanation as he made his way to the bench.

Cameras overheard him saying “you didn’t touch my hand!” Henderson protested his innocence.

Klopp later cleared up that the clash was simply a misunderstanding and although there was clearly more anger behind Mane’s reaction, it just goes to show that these incidents are water under the bridge, particularly in the heat of the battle.

“In terms of the situation, it was a pure misunderstanding. That’s clear,” said Klopp in 2018. “For me, when a player leaves the pitch, it’s clear, we shake hands. 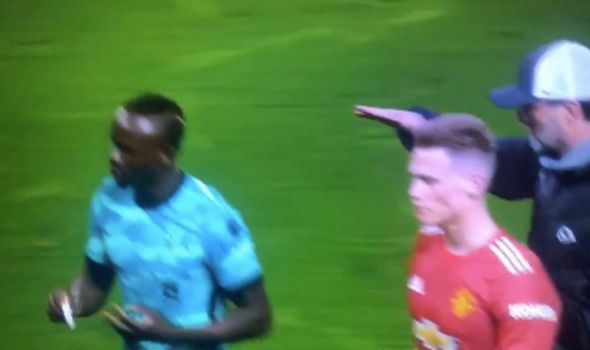 “But I’m in the situation as well. I didn’t say you have to wait for me until I look at you again as I was with Shaq talking and then Hendo left. He was saying thank you to the crowd.

“I thought he didn’t [go to shake hands] and that’s why I turned and told him to [go back and shake my hand].

“But everyone else told me ‘no, no, no, he wanted to shake your hand but you were not ready’. That’s how a misunderstanding works. That’s all. It was nothing.”

Mane has also lost his rag with Klopp before when he was subbed instead of Salah in Liverpool’s 3-0 win at Burnley in 2019.

The competitive spirit amongst the Liverpool squad has kept their top-four alive and Mane is certain to play a big part as Liverpool attempt to get over the line with three wins from three.