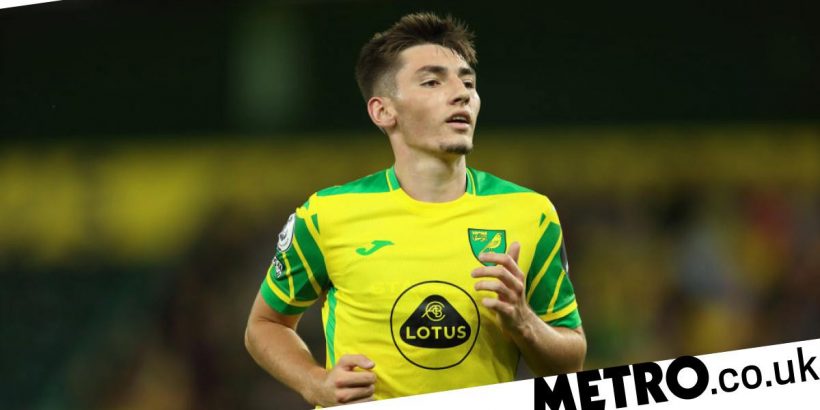 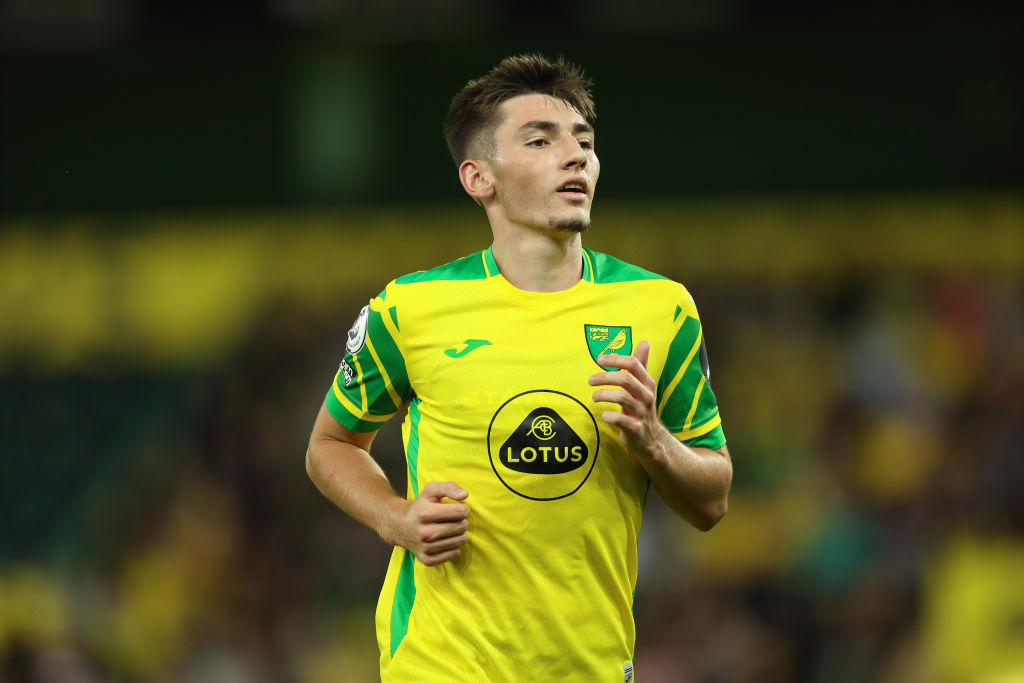 Goals from Diogo Jota, Roberto Firmino and Mohamed Salah gave the Reds a winning start to their Premier League campaign, while Virgil Van Dijk also returned after a lengthy spell on the sidelines due to a knee injury.

Gilmour, who joined the newly-promoted Canaries on a season-long loan from Chelsea in the summer after several impressive displays for Scotland during Euro 2020, was allegedly targeted by a section of Liverpool supporters during the game.

A tweet posted by the official Liverpool Twitter after the match criticised the actions of their fans.

‘The chant is offensive and inappropriate – a message we have repeatedly communicated alongside Kop Outs,’ the club said.

‘We urge supporters to remember the inclusive values of the club and to refrain from using it in the future.’

Kop Outs, a Liverpool LGBT+ action group also condemned the actions of some of the club’s supporters.

‘Great result today marred by homophobic chanting by some of our fans targeting Chelsea loanee Billy Gilmour. If you can’t support without resorting to bigoted nonsense, you don’t understand YNWA,’ they said.

The chant has previously been directed at Chelsea players, with anti-discrimination body Kick It Out strongly condemning its use in 2019 and urging an investigation to be carried out.

Despite his side’s defeat, Norwich manager Daniel Farke was encouraged by Gilmour’s debut.

‘I am pleased with Billy Gilmour,’ said Farke.

‘He could have been more careful in his passing choices, but he was excellent.’

Gilmour, 20, joined Chelsea’s youth system from Rangers in 2017 at the age of 16 and was part of the Blues’ squad that lifted the Champions League title last season.

Despite loan interest from numerous clubs across Europe this summer, Gilmour explained why Norwich was the right club for him.

‘Norwich play football that suits my style, playing out from the back and wanting to keep the ball. For me, this was the perfect opportunity,’ he told Sky Sports.

‘This is my kind of style of play where I want to play out, get on the ball and make things happen.’