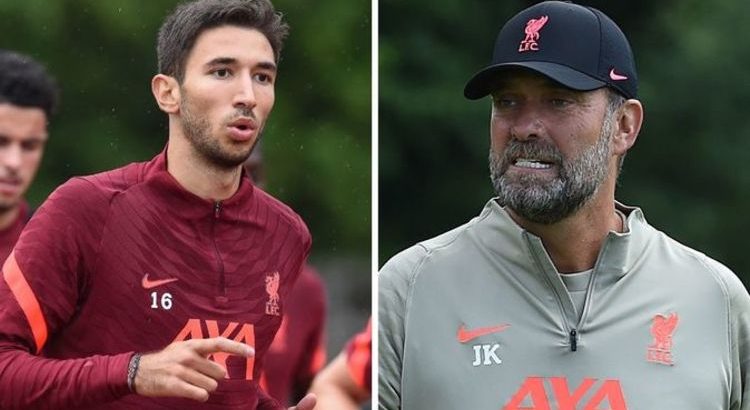 Liverpool need to sell before they can buy anyone else this summer, and they could have close to £57million available to them if all the players heading towards the exit door complete moves away. Ibrahima Konate remains the only new incoming this summer after the centre-back completed his move from RB Leipzig back in May.

He’s now joined up with his new team-mates in Austria for Liverpool’s pre-season training camp, with their friendlies having gotten underway on Tuesday.

But there are still a number of changes to Klopp’s squad likely to happen in the coming weeks before the start of the Premier League season.

Finding a replacement for Georginio Wijnaldum continues to be reported as a top priority while signing another attacking option is seen as imperative.

FSG’s transfer model over the years though has been to use money recouped from player sales to reinvest in the team.

And that appears to be the case once again this summer, particularly after a disappointing season.

The cull has already begun with Marko Grujic and Taiwo Awoniyi sealing permanent moves away from the Reds.

Grujic will join Porto for £10.5m while a £6.5m fee has been agreed for Awoniyi to move to Union Berlin.

But Liverpool will be hoping to end with more than £17m from player sales this summer with a host of players reportedly having been made available to leave.

Harry Wilson appears to be closing in on a move away from Anfield with Fulham holding negotiations and the Wales international is valued at £15.3m on Transfermarkt.

Ben Davies, who joined in January and is yet to make a single appearance for Liverpool, also looks set to leave with his value set at £2.7m.

Both Xherdan Shaqiri and Divock Origi also continue to be linked with moves away from Liverpool having struggled to impress when called upon.

The pair are both valued at £10.8m each on Transfermarket, meaning Liverpool could potentially recoup £57m from all six players leaving.

Even with Konate joining earlier in the summer, that would give Liverpool a net-profit of £21m.

Klopp will want that money reinvested in the side though and an attacker will almost certainly be necessary if both Shaqiri and Origi leave.

Donyell Malen has been strongly linked with a move to Merseyside with reports suggesting a bid in the region of £26m would be enough to strike a deal.

Liverpool also made contact with Florian Neuhaus’ representatives earlier in the summer, with the midfielder having featured for Germany at Euro 2020.