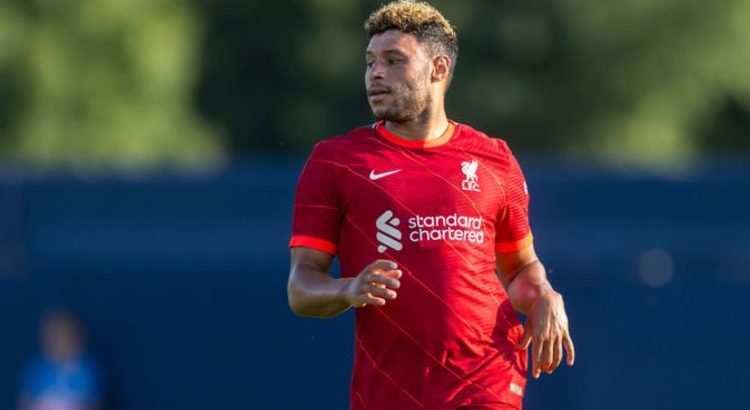 Liverpool could raise some much-needed transfer funds by selling England international Alex Oxlade-Chamberlain this summer. The midfielder has suffered a succession of injury problems during his time at Anfield and started just two Premier League games last season.

Manager Jurgen Klopp has been patient with the injury-prone 27-year-old but could be ready to cash in on the player this summer.

Klopp would use any money raised to help fund new additions, but he is unlikely to recoup anywhere near the £34million the club paid Arsenal to land the midfielder in 2017.

Oxlade-Chamberlain had been touted for big things following his arrival at Anfield four years ago.

He was a Premier League regular in his first season at the club, but suffered cruciate ligament damage in the Reds’ Champions League semi-final first leg against Roma in April 2018 and didn’t feature for the Liverpool first-team for a year.

He had another knee injury last season and was ruled out for the first few months of the campaign.

After dropping down the pecking order at Anfield, Oxlade-Chamberlain has recently been linked with a move to West Ham.

And, according to former Liverpool right-back Glen Johnson, now is the right time for the midfielder to move on.

“West Ham’s a fantastic football club and they will let Alex enjoy his football,” he told BettingOdds.com.

“Obviously the only concern with Ox is that he’s got to stay fit because he’s a fantastic player with bags of energy and great ability but that’s no good on the treatment table.

“Hopefully his body can get through all of next season. But I think West Ham United and Oxlade-Chamberlain would be a perfect fit.

“Moyes would take the shackles off him, let him go and enjoy himself and see what he can do. Touch wood Alex can stay fit and get back to his best.”

West Ham had a strong season last time out as David Moyes led his side to a sixth-placed Premier League finish.

That was enough to see the Hammers qualify for the Europa League and Moyes knows he has to strengthen this summer to compete on all fronts.

West Ham have been linked with defenders Kurt Zouma, Phil Jones and Nikola Milenkovic in recent weeks as Moyes looks to strengthen his backline.

But fans in east London have been quick to cast their doubts on the signing of Oxlade-Chamberlain.

“Good player but the boy is never fit,” posted one fan on Twitter, while another supporter wrote: “We don’t buy expensive overrated, injury-prone players anymore but thanks for asking.”